The paper “Iridium-catalysed asymmetric hydrogenation of allylic alcohols via dynamic kinetic resolution” in Nature Catalysis can be found here: https://www.nature.com/articles/s41929-018-0070-0

The P. G Andersson group has a long-standing interest in the iridium-catalyzed asymmetric hydrogenation of functional and unfunctional olefins. During the past few years, a number of N,P-based iridium catalysts have been developed and successfully applied in the asymmetric hydrogenation of alkenes lacking coordination groups. We have also worked on understanding the origin of the enantioselectivity and the mechanism of the reaction as well as expanded the utility of these iridium complexes in other types of transformations.

Our work, which has been recently published in Nature Catalysis, is the first example of an asymmetric hydrogenation of secondary allylic alcohols via dynamic kinetic resolution. The feature of DKR was discovered, by serendipity, in the “allylic alcohol project”. The original idea was to reveal that the basicity of N-heterocycles in the ligand has a significant contribution on the relative acidity of the corresponding N,P-based iridium-complexes. This part of the study was also published in ACS Catalysis in 2016. During the hydrogenation of some acid sensitive enol ethers with our catalysts, we noticed that some side reactions could have been caused by proton generation by the iridium catalysts. However, the complex mixture obtained in the hydrogenation of some acid sensitive allylic alcohols made it difficult to interpret the results. The project was suspended for a short time but work began again in late 2011 with the key breakthrough in the summer of 2012 when we repeated the experiment using the optically pure (2R)-1 and (2S)-1 as starting material. We could then clearly see that both enantiomers of the starting material (at least partly) were transformed into the same stereoisomer of the product 2c and thus found the first example of dynamic kinetic resolution of allylic alcohol in the asymmetric hydrogenation process. Unfortunately, I could not continue work on the project since I was offered a position in China Agricultural University as a researcher after completion of my PhD. So, Jianguo Liu, a new PhD student who had joined the P. G Andersson group in the autumn of 2012, took over the project. After having struggled for a long time to obtain a relatively clean reaction, we finally managed to optimize the parameters of the reaction. Much effort went into changing and varying the pressure, temperature, solvent, and additives, to improve the yield. Finally, not only the yield, but also the diastereomeric ratio and enantioselectivity of the reaction had been greatly improved. We further explored the reaction scope and performed isotope labeling reactions to understand the mechanism. This work may never have developed into its current form without the dedicated effort of group members and PhD students, especially Suppachai Krajangsri who carried out the experiments in exploring its scope and Jianping Yang who did both the deuterium as well as oxygen isotope labelling experiments, in our attempts in understanding the mechanism. However, the work carried out by all three PhD students who continued where I could not, has been vitally important.

I am very happy to share the story, both the highs and lows, behind the paper in Nature Research Chemistry Community. We believe that this is just the beginning. The aim is to now explore use of this method to access more functionalized molecules and the development of more effective catalysts to promote this dynamic kinetic asymmetric hydrogenation. 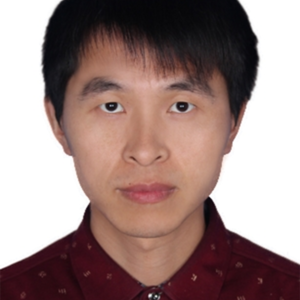