When one uses extreme ultraviolet (XUV) laser pulses to create the initial conditions of a chemical reaction, electron and nuclear motion can occur asynchronously. This field is beginning to be called Attochemistry. The objective is to realise electronic control of chemical reactivity.

Figure 1 . a) Nuclear dynamics (I and ii) and the sum (iii) b) electron distribution for 2 cation states (iv and v) c) electron dynamics shown as oscillations in the spin sensity.

In chemistry we normally assume that a chemical reaction takes place on a single potential energy surface. The surface is generated by the strengths of the various bonds and bond angles (electronic bonding pattern) etc. If one has an excited state, then the electronic bonding pattern occurs in a different place and the molecule relaxes so that the new bondlengths match the bonding pattern associated with the excited electronic structure.  The major difference between a reaction on an excited state and a ground state reaction is that 2 states are involved, each with its own potential surface. At some point the two potential energy surfaces cross. This crossing point is called a conical intersection.

This picture begins to change (figure 1) when one uses extreme ultraviolet (XUV) laser pulses to create the initial conditions in a reaction. In this case, one excites a coupled manifold of electronic excited states. The traditional idea of a potential surface is no longer valid. Rather the potential surface is time dependent. So the end result involves only i) the population of various electronic states as a function of time and ii) the amplitude of the various vibrational normal modes as a function of time. Furthermore the electron and nuclear motion occurs asynchronously. This is in stark contrast to conventional chemistry where the nuclei slowly relax to positions dictated by the bonding pattern. This field is beginning to be called attochemistry because of the timescales of the initial chemical change. This field is exciting because it offers the possibility of designing a bespoke laser pulse that only populates certain excited states and thus drives the nuclear motion in a very specific way. This is called electronic control.

In our paper (https://doi.org/10.1038/s42004-021-00485-3) we studied the effect on the nuclear motion of certain bespoke combinations of excited states on eight states of the benzene radical cation. The computations were motivated by XUV experiments, which populated the eight lowest cation states of benzene and yielded several different types of fragmentation pattern under different experimental conditions.

An example of our theoretical results is shown in figure 1. In part a, we show nuclear distortions i and ii and the sum is given in iii. In part b we show two of the electronic states of the benzene cation. The shading in the picture is intended to illustrate the nodal pattern of the sigma bond orbitals. One of the features of a state that is created as a superposition of two eigenstates, given in part b, is that the wavefunction oscillates in time. We can follow this oscillation by looking at the spin density on an atom. We can see in the part c that the spin density on atom 5 oscillates with a period of a couple of femtoseconds. This is electron dynamics. The complementary nuclear oscillation (part a) also occurs, but on a timescale of 10 femtoseconds or so. Thus the electron dynamics shown in part c nudges the nuclei and activates the nuclear dynamics shown schematically in part a. 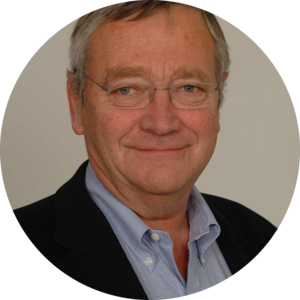 Sarah Zinken
Nature Portfolio Chemistry Community
We use cookies to help improve your experience. By continuing to browse our website you are consenting to our use of cookies.
Learn more