In the face of difficult odds, people with the strength and courage can turn the crisis into opportunities. Initially, this project aimed to design a more convenient route for the synthesis of difluorinated carbonyl compounds. As the presence of two fluorine atoms adjacent to a carbonyl group should increase the electrophilicity and should activate the carbonyl group toward nucleophilic attack. This property has been suggested to be responsible for the inhibition of a variety of enzymes. To begin, we examined the cross-coupling reaction of benzoyl chloride and ethyl 2-bromo-2,2-difluoroacetate with Zn as reductant. The analysis of the crude reaction mixture is far from straightforward. Two samples were isolated with highly resemble MS and 1H NMR data, an isolated product (in less than 5%) displayed spectral characteristics exactly corresponding to our desired difluorocarbonyl compounds.

Interestingly, analysis of the other isolated sample revealed two inequivalent 19F signals, suggesting that an unpredicted product with a different chemical structure should be formed. Being an oily substance, the sample cannot be characterized by X-ray crystallography. Out of intuition, we boldly assumed the sample be 2,2-difluorovinyl benzoate, in which the C(vinyl)–O(benzoate) bond should easily be activated for further cross-coupling reaction. Upon several attempts using several catalytic protocols including [Ni0], [Pd0], and [CuI]-based coupling reactions, we obtained 1-ethoxy-2,2-difluorovinyl)benzene in 69% yield with phenylboronic acid as the nucleophile. Thus, the difluorovinyl benzoate scaffold was then verified. During our substrate scope study, the 2,2-difluorovinyl benzoate skeleton was further confirmed by X-ray crystallographic study.

We were excited with this discovery and wished to explore further the reactivities of this building block, which we named this as BzO-DF. The coupling scope of BzO-DFs with arylboronic acids was studied extensively; the synthetic applications of this reaction were also examined. Yet, the reaction mechanism remains speculative. We performed a Hammett correlation study involving a series of substituted benzoic acids as leaving groups on the BzO-DFs (3a / 3b / 3c / 3d / 3f / 3h / 3i). Four sets of competition reaction: [3a+3b], [3a+3c], [3a+3d], [3a+3f], [3a+3h], [3a+3i] were performed, and the yields of remaining substrates were determined by 19F NMR with PhCF3 as internal standard. Plotting log(kFG/kH) with the Hammett s(para) constants afforded a linear plot with a slope of +0.82 (R2 = 0.82) of log(kFG/kH) against the s(para) constants. This result implies that a partial negative charge build-up at the transition state of the oxidative addition, which is facilitated by electron-withdrawing substituents on the benzoates. 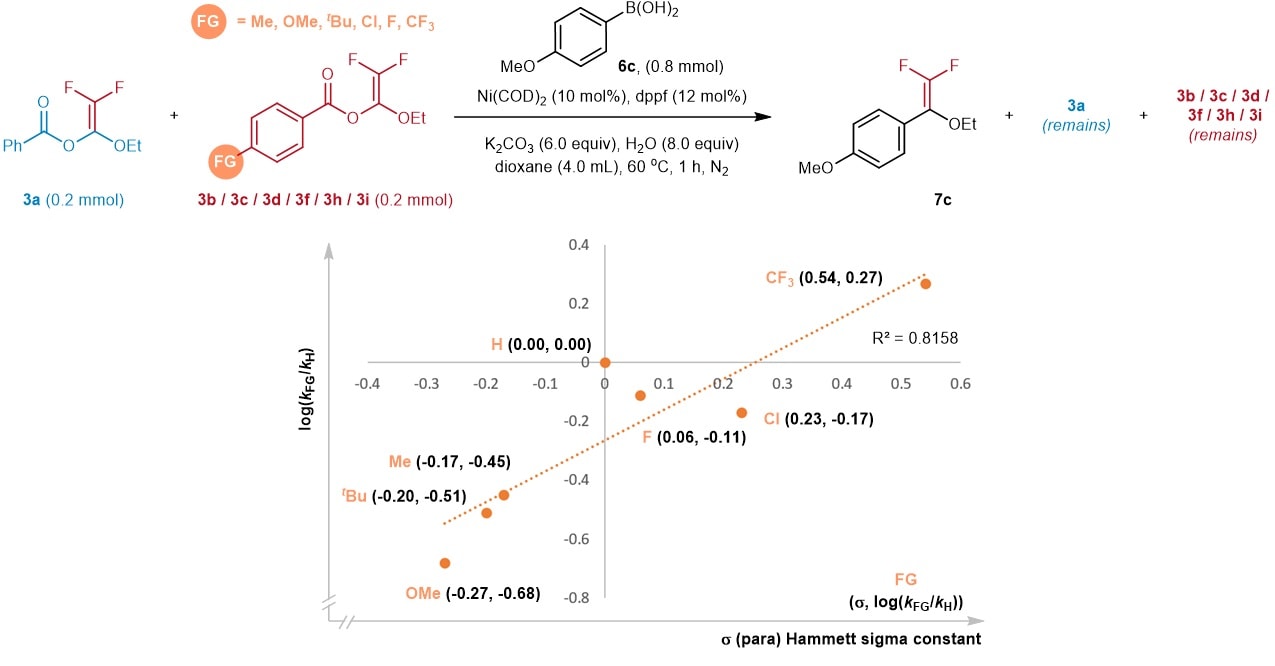 A “perfect project” doesn’t mean to be getting the “expected” results. Getting unexpected results can be a stressful experience. Finding the courage to know the truth, rather than taking a wrong answer, we can innovate and make changes. In this extremely challenging year especially for research laboratories, we may not be battling on the frontline against COVID-19. At least, we hope to make our chemistry a worthy contribution to the science community! Cheers! 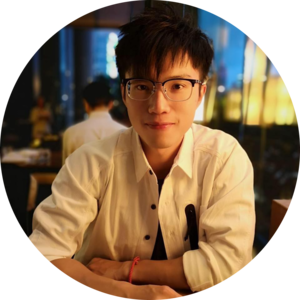