Ferroelectric materials are composed of crystals possessing a spontaneous electric polarization which can be reversed in direction by the application of a strong external electric field. Perovskite oxides — for example, lead zirconate titanate (PbZrxTi1–xO3) and bismuth ferrite (BiFeO3) — are the most important ferroelectric materials, particularly for technological applications. Now, a research team headed by Profs Jianshi Zhou and John B. Goodenough from the University of Texas at Austin show that double perovskite Ca2–xMnxTi2O6 — produced in large yields using a facile method — undergoes an unusual ferroelectric transition.

In the absence of lone pair cations such as Pb2+ and Bi3+, perovskites with a smaller geometric tolerance factor (t) than 1 are usually free from ferroelectricity. The first material breaking this rule is synthetic perovskite CaMnTi2O6, which exhibits a ferroelectric–paraelectric phase transition at 630 K. Aided by neutron diffraction and first-principles calculations, the researchers reveal that in sharp contrast to proper ferroelectricity, in which dipoles arise from the displacement, the order–disorder transition here at the square-planar coordinated Mn2+ site gives rise to a polar structure with dipoles created at octahedral Ti4+ sites, and tetrahedral and coplanar Mn2+ sites. Moreover, unlike solid state reactions under high pressure, the spark plasma sintering route used in this work allows for gram-scale synthesis, paving the way for the mass production of this material. 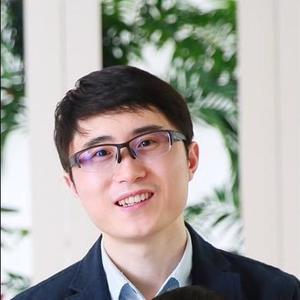 Yaoqing Zhang is a Senior Editor for Nature Communications handling manuscripts about batteries, supercapacitors, solid state ionics and inorganic chemistry. His research interest is in the study of fundamental electrochemistry, solid state chemistry and materials science addressing critical energy issues facing the society. Yaoqing received his PhD from the University of St Andrews and moved to Nature Communications in June 2016 from an assistant professorship at Tokyo Institute of Technology. Yaoqing is based in the Shanghai office.
Follow