Proteins recruited into the fold of supramolecular polymers

Merkx and co-workers from Eindhoven University have recently published a paper in Nature Communications entitled “Controlling protein activity by dynamic recruitment on a supramolecular polymer platform.” This detailed body of work contains a myriad of topics, ranging from supramolecular chemistry, polymerization, DNA hybridisation, protein recruitment, enzyme reactivity and inhibition, kinetics, and protein displacement. Additionally, many techniques such as cryo-TEM and STORM were used to fully analyse/characterise the work.

So what is it all about?

In a nutshell, benzene-1,3,5-tricarboxamide (BTA) monomers were used to form micrometer-long one-dimensional supramolecular polymers in water. However, some of the monomers were functionalised with a 10-nucleotide single-strand DNA handle (BTA-DNA) and were easily incorporated into the polymer chains via homogenous exchange.

These modified supramolecular polymers were then able to recruit various proteins (enzymes and inhibitors) onto their structure via DNA hybridisation. Specifically, the enzyme (β-lactamase) and the inhibitor (BLIP) were conjugated to a unique 21-nucleotide DNA handle. With the use of two unique recruiter strands that were complementary to the sequence of the DNA handle on the BTA-DNA monomers and to either the DNA handle on the enzyme or the inhibitor, the proteins were incorporated onto the polymer via formation of a nicked dsDNA duplex.

This recruitment resulted in increasing the effective local concentration of the enzyme and inhibitor. In one experiment a 2600-fold increase was observed which in turn increased the likelihood of protein complex formation (inhibitor binding to enzyme). Therefore, the inhibition constant for this enzyme changed from the micromolar scale to the nanomolar scale. Inhibition was faster within these supramolecular polymers compared to in solution.

Moreover, the authors investigated whether recruitment was permanent or reversible and found that by introducing a toehold-mediated displacement DNA strand, the enzyme was reversibly removed from the supramolecular polymer and thus activity resumed due to the lack of enzyme/inhibitor complex present in the system.

Why is this useful?

The work can be extended and instead of DNA-mediated protein recruitment, other  dynamic DNA nanotechnology, such as, DNA-based molecular circuits that allow logic operations, amplification, thresholding and feedback control can be used. Moreover, the polymer described in this work can be used for the development of responsive biomaterials. Finally, these materials could also be used to control intracellular signalling pathways. 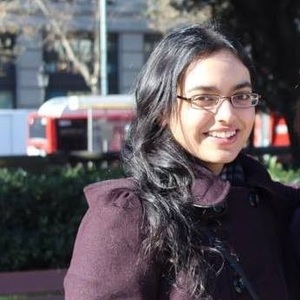