The paper in Nature Communications is here: http://go.nature.com/2EwBdju

Figure 1: The design of three generations of ligands L1−L3.

With the goal of increasing the complexity of supramolecules, I started my independent career at Texas State University in 2012. At that time, I didn’t even consider any functionality or application for the structures we are going to make. Design and self-assembly of rigid, large, and complex supramolecular architectures is the only taste or style I had for science. Until 2014, I started to know a magic molecule, tetraphenylethylene (TPE), which has Aggregation-Induced Emission (AIE) behavior. Most  traditional fluorophores only exhibit emission character in dilute solution but not in aggregation state due to aggregation caused quenching (ACQ) phenomenon. But TPE exhibits strong fluorescence in aggregation state because of the restriction of intramolecular rotation between benzene ring and ethylene in TPE. If we can restrict the rotation, we should be able to get emission in both solution and aggregation states. Then I designed different generations of ligands (Figure 1) for self-assembly of supramolecules with increasing complexity. In such design, I introduce two levels of restriction, i.e., the bulky size of terpyridine and coordination, to tune the emission properties.

But, I was very frustrated because no student could work on the challenging synthesis of building blocks at Texas State University, an undergraduate research institute. After two years since the structures were designed, I moved to University of South Florida in 2016. Then, Guang-Qiang Yin, a visiting student from Prof. Hai-Bo Yang’s group at East China Normal University joined my group. He worked with my postdoc Heng Wang to perform the bench work.

As we expected, these ligands display tunable emission properties in diluted solution and stronger intensity of emission in aggregation state owing to bulky size of the terpyridine. For instance, as shown in the Figure 2, L2 exhibit deep blue color light in lower fraction of poor solvent while pale green light in condensed condition under UV lamp. In addition, its luminous efficiency increased obviously in aggregation state due to AIE effect.

The self-assembled structures are even more interesting than initial design. Using ditopic ligand L1, a mixture of macrocycles was obtained as expected. L2 also assembled into double-layered hexamer G2 as we designed; however, a triple-layered heptamer G3 was assembled with L3 as building block. Another striking discovery is that G2 exhibited highly pure white light emission property under a wide range of good/poor solvents ratios. The single-component white light emitter is expected to exhibit superior performance improved stability, good reproducibility, and simple device fabrication procedure compared to those multi-component emitters. We eventually named those structures as supramolecular rosettes, and hopefully, they can give out a bright light in both supramolecular chemistry and emissive materials community to inspire us to seek more complicated structures with tunable properties. 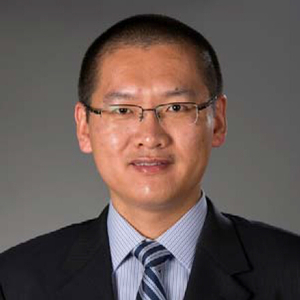