The paper in Nature Communications is here: http://go.nature.com/2EdLstt

Rare-earth elements, owing to their peculiar electronic structure, are used in a wealth of important applications, including batteries, display devices, contrast agents, magnetic or superconducting materials, and catalytic converters. Due to the similar chemical and physical properties of different elements, the separation of rare earth elements from each other is quite challenging, requiring laborious crystallization or extraction, sometimes even thousands of separation phases. Cascade extraction is an effective method for large scale separations of rare earth elements, requiring multistage fractional extraction and complicated extraction equilibrium, resulting in large scale of material, energy and time consumption and downstream-waste generation. Clean and effective/efficient separation/purification techniques eliminating processing steps and waste are in demand as a result of economic and environmental concerns.

Selective binding of metal ions has been a classical research topic in supramolecular chemistry since the very beginning of the field, including covalent crown- or cryptand-based receptors. Given the inherent ion-recognition phenomena in supramolecular chemistry, we thought maybe efficient metal ion recognition can also be achieved in our tris-tridentate ligand based Ln4L4 (Ln for lanthanide and L for organic ligand) cages. We have observed strong multivalent supramolecular cooperativity in the tetrahedral Ln4L4 cages in our previous work, and the supramolecular cooperative mechanical coupling effect would surely improve the ion-recognition capability and makes the Ln4L4 tetrahedral cages excellent candidate for metal ion separation.

It got us rather excited to observe a remarkable cooperative enhancement of both structural integrity and metal ion selectivity on metal-organic M4L4 tetrahedral cages self-assembled from a tris-tridentate ligand (L) with variety of metal ions spanning across the periodical table, including alkaline earth (CaII), transition (CdII) and all the lanthanide (LnIII) metal ions. The highly self-assembly adaptability of the pyridine-2,6-dicarboxamide (pcam) based tripodal ligand with various metal ions of different electron configurations, ionic charges and ionic radii is quite rare in controlled construction of supramolecular polyhedral. We speculated that the adaptability derived from moderate rigidity and chelating affinity of the ligands, providing a good foundation for further metal ion recognition. Although efficient metal ion recognition is achieved in our system, we are still confronted with an embarrassed situation that the self-assembly and metal ion recognition were proceeded in acetonitrile, which means the technical impracticability of solvent extraction separation of rare earth elements. Solid-liquid extraction with tetrahydrofuran is exercisable with high separation factor because the tetrahydrofuran can dissolve the uncoordinated metal ions and retain the M4L4 structural integrity. But still, we endeavour to find a way to realize liquid-liquid extraction for industrial application. Introduction of hydrophobic alkyl groups onto the periphery of the ligands conduced to good dispersity of the assembled cages in chloroform which facilitated a proof-of-concept liquid-liquid extraction for lanthanide separation with water.

In view of the poor water stability of the core cage compound, which in fact will fall apart when exposed to CD3CN/D2O (1:1 v/v) mixed solvent, we anticipate that separation factors presented in the paper can be increased by developing more stable tetrahedral scaffolds. Furthermore, we also anticipate this supramolecular separation strategy is very promising in actinides/actinides and actinides/lanthanides separation for the treatment of radioactive waste, considering the similarities in oxidation states, chemical properties and ionic radii between actinides and lanthanides. 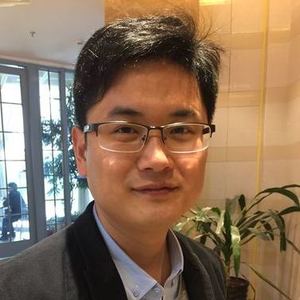 Professor, Fujian Institute of Research on the Structure of Matter-Chinese Academy of Sciences