Shedding light on an invisible element: a chemist’s tale

The paper in Nature Chemistry is here: http://go.nature.com/2FZDvow

Eka-iodine, i.e. element 85, identified by Corson et al. in 1940 at Berkeley, was further named “astatine” from the Greek astatos (“unstable”). Actually, none of his radioisotopes has a half-life longer than 8.1 hr. Furthermore, astatine is the rarest naturally occurring element on Earth (in any case, less than 30 g at any given time!). Thus, I was not that surprised to see that so little was known about the basic chemistry of this element when Dr. Gilles Montavon and Dr. Nicolas Galland offered me in 2006 to start a PhD project for exploring it, in Nantes  (France).

When I started, the methodology to produce and isolate astatine-211 was already established; however, the tools to investigate its behavior in solution were yet to be defined. The main issue I was facing was the “ultra-trace” concentrations of astatine that can be reached (less than 10-10 mol/L): no spectroscopy is possible! As a chemist, this meant that I was feeling blind with respect to what was happening in my samples. So, I developed a double-face strategy based on (i) indirect experimental methods and (ii) quantum chemistry calculations. My main objective was at that time to identify stable chemical forms of astatine in solution species as a function of both the pH and EH, which is the first information that a chemist would like to get. This led to first successes for us, evidencing the presence of two stable cationic forms in aqueous solution, At+ and AtO+, unlike the other halogens. After graduating in 2009, I went to Berkeley for my post-doctorate, working on actinide separation with Professor Heino Nitsche.

When I came back to Nantes in 2011, the interest for studying the chemistry of astatine had grown, notably because of the high potential of astatine-211 for nuclear medicine. We worked in strengthening the team by enrolling another quantum chemist, Dr. Rémi Maurice, one post-doc and two PhD students, one for calculations and the other one for experiments. This is where I had the opportunity to supervise my first PhD student, Ning Guo. With this grown team, we pushed up our strategy at uncovering exceptional chemical species. Indeed, our access to the astatine-211 production from the ARRONAX cyclotron gives us a decisive advantage at international level. We further demonstrated that quantum chemical calculations can be used a priori to select suited experimental conditions for successfully evidencing new species, as the IAtBr− ternary trihalogen. This exotic system was quite emblematic for us since not only it constituted the very first example of a ternary trihalogen species that involved astatine but it was also the very first one reported to predominating in solution.

The fundamental questions relating to the chemistry of astatine, and more generally of halogens, were far from exhausted. As a specialist of halogen bonding, Dr. Jérôme Graton challenged us to form the first halogen-bonded adducts involving astatine in 2015. We accepted the challenge, although we already knew that it would not be easy to establish the occurrence of halogen bonds in our “blind” experiments. In our recent paper in Nature Chemistry, we report our first results and conclusions on halogen bonds involving astatine (“Jérôme, we did it!”). The complexation constants of astatine monoiodide with a series of organic ligands in cyclohexane are derived from distribution coefficient measurements and supported by theoretical calculations. Our results show that astatine behaves as the strongest halogen-bond donor.

Evidencing for the first time halogen bonds with astatine: check! Another astatine challenge? 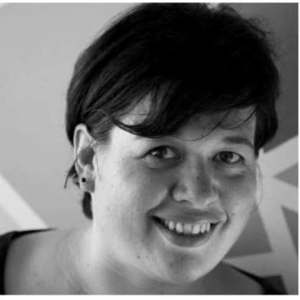