A community from Nature Research
Contributor
Behind the Paper, Journal Club

The paper in Nature is here: http://go.nature.com/2sIRInT

We in the Ritter Lab have a long standing interest in the synthesis of organofluorine compounds. Over the last several years, we and others have introduced a plethora of methods for the synthesis of aryl fluorides from a variety of starting materials, such as aryl stannanes, aryl boron compounds, phenols, and aryl halides and triflates. However, conspicuously absent from the toolbox for aryl fluoride synthesis have been general methods for the direct fluorination of aryl C–H bonds. We have always thought that such a reaction, if discovered, would be of fundamental interest because, out of the four common halogens, fluorine is the only one that is not amenable to direct electrophilic aromatic substitution. We have also been excited by the potential practical impact of direct aryl C–H fluorination, for example in the pharmaceutical industry, in which aryl fluorides are becoming an increasingly prominent and important motif.

Our Letter published in Nature today is the culmination of work spanning several years and performed by a number of different group members. The original idea was to design metal catalysts that could react with common chemical oxidants to give a high valent species, which would hopefully be reactive enough to oxidize arenes that weren’t amenable to oxidation by standard methodologies. Our first hit came in 2011, when I discovered that doubly cationic, NHC-ligated palladium catalysts could catalyze fluorination of otherwise unreactive arenes by electrophilic fluorinating reagents. I worked on these NHC-based catalysts for a time, but gave up on it when I could not extend the reactivity beyond simple, electron-rich arenes. Subsequently, other group members picked up the project and developed new doubly cationic palladium motifs that could catalyze aromatic fluorination to an extent. Although these efforts were fruitful and generated some other useful reactions, such as for C–N bond formation, effective aromatic fluorination remained just out of reach.

When Kumiko Yamamoto came to our group at Harvard for a four month fellowship in 2014 during her PhD studies at the University of Tokyo, she decided to take on this challenging project during her stay. She made the key breakthrough with her discovery of the doubly cationic palladium(II) catalyst ligated by terpyridine and 2-chlorophenanthroline, which is complex 1 in our paper. She designed catalyst 1 to undergo oxidation, assisted by apical coordination of the phenanthrene ligand, to a palladium(IV)–fluoride species 2, which could then formally transfer “F+” to arenes. Unlike previous iterations of the doubly cationic palladium(II) theme, Kumiko’s catalyst was effective enough to fluorinate a broad range of arenes, including ones of drug-like complexity.

Unfortunately, Kumiko’s first stay with us was very short, and she soon had to go back to Tokyo and attend to the task of finishing her PhD. However, she would later return to our group, this time at the Max-Planck-Institut für Kohlenforschung in Germany, for another five month stay. During this time, in a stunning experimental feat, she managed to make another major breakthrough in the project. She was able to synthesize and study the palladium(IV)-fluoride complex 2’, and demonstrate that this complex, which is analogous to the key intermediate 2 in the catalytic reaction, is capable of fluorinating arenes that cannot react directly with electrophilic fluorinating reagents. Gratifyingly, this result validated Kumiko’s original design principle of catalyst 1. In the years that this project has been active in our group, this was the first time we had managed to directly study a high-valent palladium–fluoride species that can fluorinate arenes. Although we had plenty of indirect evidence for their existence, these complexes always proved too reactive to isolate prior to Kumiko’s synthesis of 2.

Building on Kumiko’s study of the palladium(IV)–fluoride complex 2’, Julian Rolfes, a current doctoral student in the Ritter lab, performed DFT studies to shed light on the effectiveness of fluorination by high-valent palladium–fluoride complexes 2 and 2’. He found that fluorination proceeds through a transition state with a high degree of spin separation, in which sequential single electron transfers and fluorine transfer occur asynchronously. In light of this mechanism, the increased single-electron oxidizing power of palladium(IV)–fluoride complexes 2 and 2’ relative to electrophilic fluorinating reagents could explain their ability to fluorinate arenes that do not react with the fluorinating reagents alone.

One very exciting aspect of this journey for us was our collaboration with UCB Pharma, who have been involved with the project since almost the beginning. The incorporation of fluorine into pharmaceutical lead compounds has become very common because of the ability of fluorine substituents to impart favorable properties. We believe that our fluorination reaction has the potential to accelerate drug development by enabling rapid access to fluorinated derivatives directly from the lead compound itself, or an advanced intermediate thereof, without the need for multi-step de novo synthesis. In addition to the invaluable intellectual contributions and technical support UCB has provided us through our collaboration on this project, they have also given us great encouragement by successfully making use of our method to prepare fluorinated lead compound derivatives in their own drug development programs.

For me personally, it is extremely gratifying to see this chemistry, which I have been involved with to varying degrees for more than six years, shared with the scientific community in the pages of Nature. It has been a fascinating and stimulating journey, with many ups and downs, and it may never have developed into its current form without the dedicated effort and ingenuity of Kumiko, Jiakun, and our other coauthors. We believe this reaction will be a starting point for the development of new synthetic methods based on the same approach, and are hard at work on extending the concept to improved fluorination and beyond. 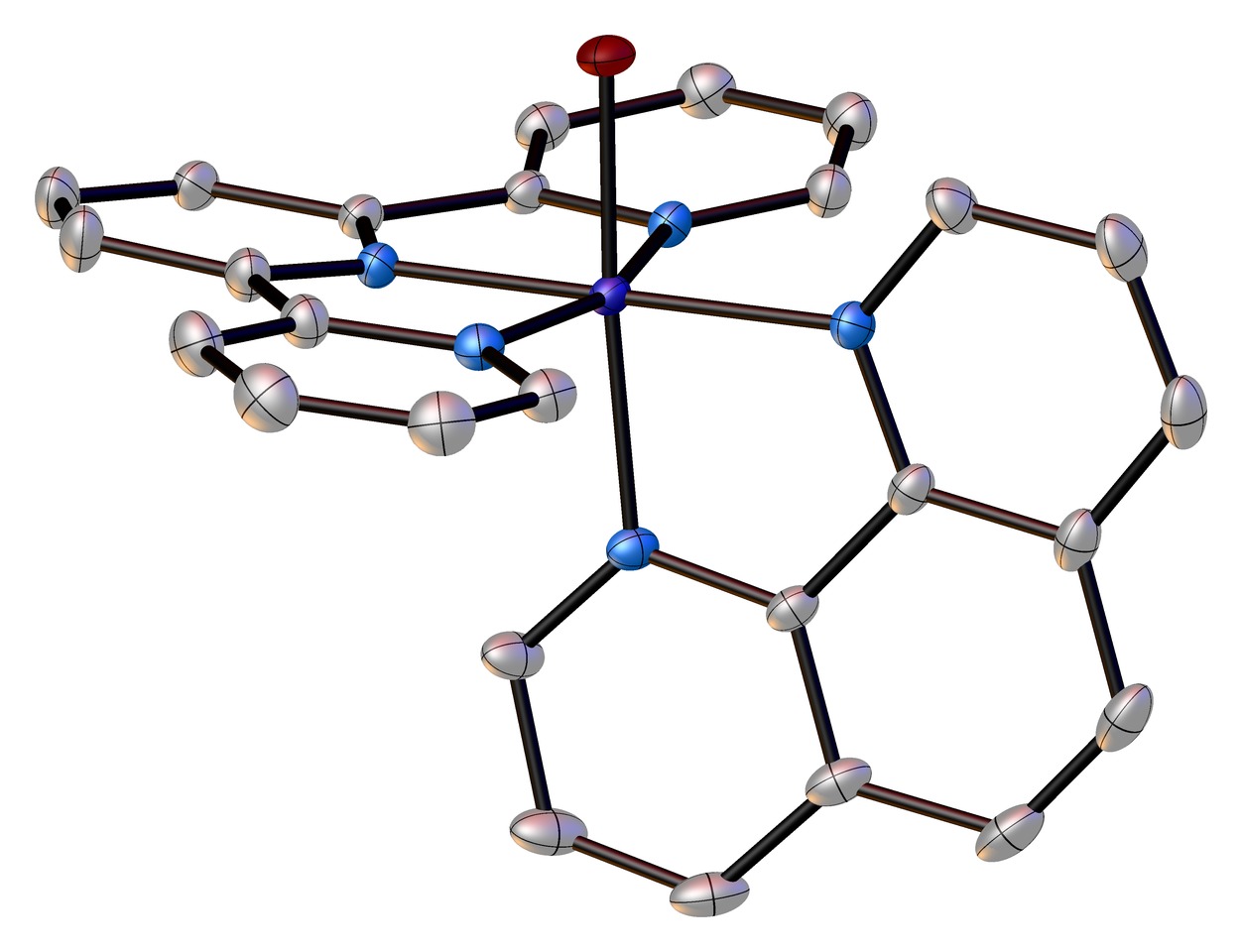