The atmosphere is a chemically complex mixture containing thousands of different compounds. A new generation of instruments lets us track all the organic carbon in an atmospheric system as it chemically evolves through many generations of oxidation, yielding new insights into the fate of emissions.

The paper in Nature Chemistry is here: http://go.nature.com/2oHLyPH

Organic carbon is being constantly emitted to the atmosphere from natural and anthropogenic sources, mostly as gas-phase hydrocarbons. The chemical oxidation these emissions undergo in the atmosphere produces particulate matter and ozone, two of the main components of global air pollution. Most people might not know many of the emitted compounds by name, but many of them we know by smell: one of the most widely emitted natural chemicals is the smell of pine trees, a compound called α-pinene. Once these gases enter the atmosphere their chemistry becomes quite complex, and a single compound can form hundreds of different products, with wide ranging chemical properties. The properties of some of these products make them difficult to measure, so tracking the “lifecycle” of organic carbon in the atmosphere is challenging even in a laboratory setting. In past experiments, some carbon ends up “missing,” unmeasured by available instruments and with unknown chemical properties.

All of the researchers in this study have spent years or decades collecting data on some of the most difficult-to-measure compounds in the atmosphere, and have put substantial effort into developing new tools to do so. With this study we wanted to take stock and see whether our instruments are now able to capture all of the complexity of organic compounds in the atmosphere, and what we can learn with this more complete picture.

We studied a model system, the simulated atmospheric oxidation of α-pinene, with five state-of-the-art instruments and were able, for the first time, to track the chemical properties of all of the carbon throughout the whole experiment.

This achievement gave us a new window into some fundamental trends in atmospheric chemical processes. We found that the first reactions that occurred produced a complex mixture of compounds formed from the addition of oxygen to the α-pinene carbon skeleton, including some particulate matter. Most kept quickly reacting, though, until almost all carbon was found to end up in “reservoirs” that are expected to be relatively stable and won’t react further in the atmosphere: particles and small gases. We were somewhat surprised how quickly this occurred: within a few hours of atmospheric reactions, carbon had mostly reached its long-lived reservoirs.

We’re excited about the implications this result has for the lifecycle of organic carbon in the atmosphere. The impacts of emitted carbon, and the chemical properties and reactions of the atmosphere, all vary dramatically over short distances and timescales. The difficult-to-measure compounds we’ve been focusing on are very important near an emissions source, but within a few hours downwind of emission, organic carbon from any source will be mostly particles and small gases (though the chemical make-up of the particles, and the relative importance of particles vs. small gases will depend on the emissions). Now we want to know how these timescales compare to other processes in the atmosphere, like deposition to the Earth’s surface, to understand the overall fate of emissions. 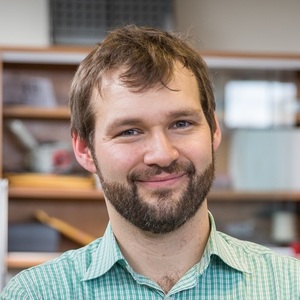