The paper in Nature Communications is here: http://go.nature.com/2F7KMGQ

Molecules mostly get depicted as static objects, as balls held together with sticks, like children’s toys. The balls in these models represent the atomic nuclei and the sticks are the bonds created by the electrons; from the relative positions of these sticks and balls, we can visualize the shape of the molecule. If we could build a more realistic model, we would see nuclei vibrating around their “fixed” positions and the entire molecule rotating. And once in a while, a molecule will rearrange its structure, taking on an entirely different shape. That is, it becomes an isomer of that molecule. Answering a number of questions in physics and chemistry depends on understanding the rate of isomerization of molecules: how fast or slow they change their shapes.

Any change in the shape of a molecule, even transformation to a mirror image of itself - a chiral enantiomer - drastically affects its properties. This starts with the vibration of the nuclei and rotation of the molecule about its center of mass, and extends to its chemical properties. Gauging how long it takes an isolated molecule to change its shape, assuming that all the conditions (e.g., enough energy) for this change to occur exist, has been estimated based on the molecules’ dynamics, for example, on measurements of the speed of the atomic nuclei as they move through  rotation. Typical rotation times of a molecule are on the order of one picosecond to hundreds of picoseconds, depending on the size and temperature of the molecule; other experiments on isomerization agree with these numbers.

While studying the de-excitation processes in photoexcited linear C10-, i.e., a chain of 10 carbon atoms plus one extra electron, in gas phase, we observed that isomerization of this chain to a ring structure occurs in a much slower timescale than any rates that had previously been reported for an isolated molecule. To measure the isomerization rate, we excited linear C10- above the isomerization barrier with an energy-controlled laser pulse. Studying the rate of formation of neutral C10, from photoexcited linear C10-, revealed that rather than picoseconds, the process of transformation from chain to ring structure continued for up to hundreds of microseconds. In other words, it was up to a million times slower than any other experiments had shown for isolated molecules. To explain this behavior, we developed a statistical model that quantified the rates of various dynamical processes that occur in excited C10-, including isomerization. Since the model is a general one, without any particular assumption for C10-, it might be that such slow isomerization is a common process in large molecules and clusters in gas phase.

Our results may help astrophysicists find answers to some open questions about complex molecule formation in outer space. Among the complex molecules found in outer space are amino acids, the building blocks of proteins, as well as other large hydrocarbon molecules. Hence, our study may help researchers understand the chemistry of these biological molecules in the cosmos. 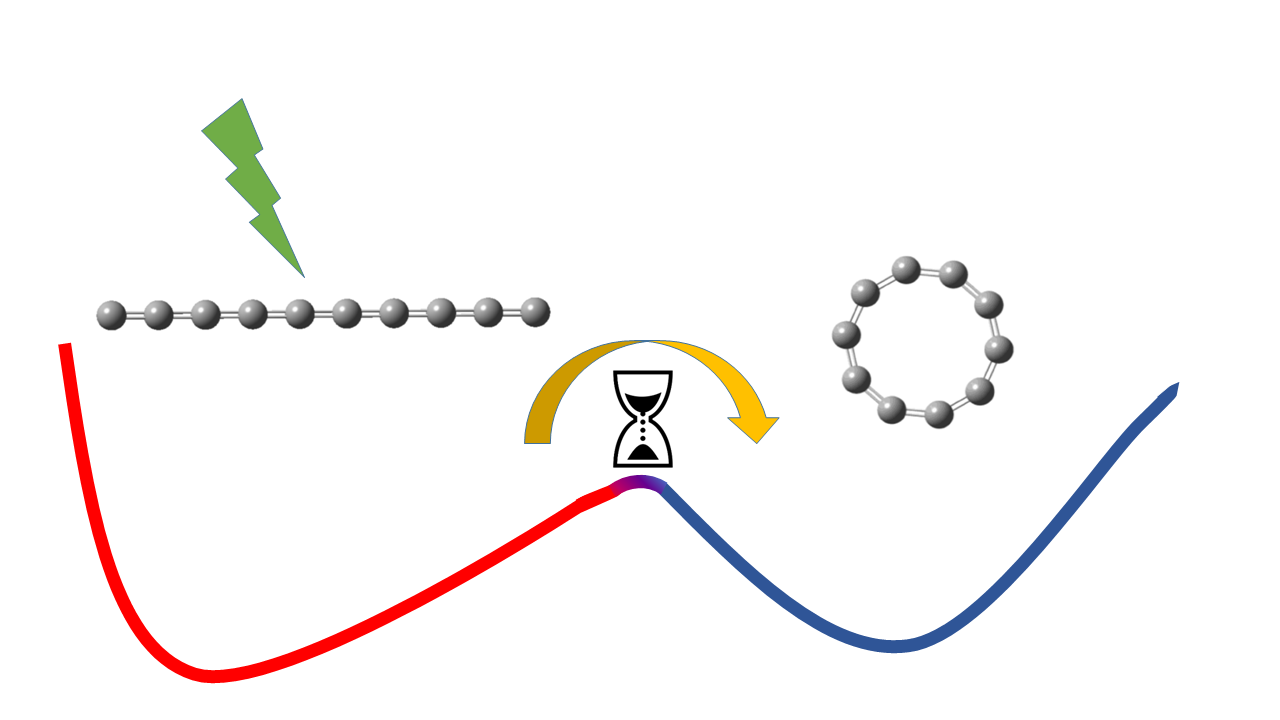