Vibronic coupling is a critical component of most mechanisms invoking quantum effects in biological processes. However, it is not clear how properties associated with vibrational coherence such as phase and coupling of atomic motion impact the efficiency of light-induced processes. Here, we show that deuteration of the H11-C11=C12-H12 double-bond of the 11-cis retinal chromophore in the visual pigment rhodopsin significantly and unexpectedly alters the photoisomerization yield. These results reveal a new vibrational phase-dependent isotope effect.

The full text in Nature Chemistry will be found at http://go.nature.com/2GQ8NQ2

Rhodopsin, the retinal-protein complex that initiates vision, has remarkable properties that have led the way in reshaping our understanding of condensed phase (solution) photochemistry. The primary step in vision, which is the photo-induced cis-to-trans isomerization of the bound 11-cis retinal chromophore, has a high quantum yield (0.65) with the trans product storing a remarkable amount of energy that is used to drive subsequent protein conformational changes. The challenge of understanding these properties brought Johan Lugtenburg (Leiden) and I (RM) together 40 years ago with the goal of using specific isotopic substitution of the retinal prosthetic group to understand the photochemical mechanism of rhodopsin.1

An early and profound discovery (with Shank) was that the primary isomerization reaction is complete in under 200 fs.2 This transition was much faster than expected from previous work on isomerization reactions in solution and remarkable for a chromophore buried within a tight protein environment. What followed was the discovery that with ultrashort pulses we could see coherent vibrational oscillations of the trans-photoproduct in its ground state.3–5 This result indicated that the impulsive excitation of the associated excited state wavepacket survived passage through a conical intersection to ground state photoproduct thus demonstrating for the first time a vibrationally coherent condensed phase photochemical reaction at ambient temperature.

Such a vibrationally coherent reaction means in essence that light absorption to the vertically excited Franck-Condon state sets the retinal molecule up on a well-defined trajectory, and the coherent structural evolution of the molecule along the reaction coordinate continues through much of the reactive process. The retinal molecule thus executes a precise trajectory in vibrational phase space as opposed to the thermal randomization that is the basis of traditional reaction dynamics. A key question that arises is, how might this behavior alter the reaction dynamics and yield? We thus prepared retinal molecules deuterated at the isomerizing H-C11=C12-H double bond to change the frequency and mode character of the vibrations that encompass the reaction coordinate.

The isomerizing twist of the C11=C12 bond, which forms the reaction coordinate, consists of a properly phased motion along a skeletal torsion and a C11¬-H + C12-H hydrogen-out-of-plane (HOOP) mode as depicted in Fig. 1. If the C11=C12 torsion reaches a 90 degree position just as the HOOPs are twisting in the same sense then we expect efficient passage through the CI to the photoproduct. However, the timing of the HOOP modes can be altered either by symmetric isotopic deuterium substitution to slow down the HOOP mode or by a single deuteration that reduces the vibrational symmetry and replaces the HOOP mode with isolated C-H and C-D out-of-plane wags. The resulting pattern of the quantum yield changes is most telling. With two symmetric deuterations the quantum yield is slightly increased indicating somewhat better timing between the HOOP and the torsion as supported by theory.6,7 Traditional isotope effects would predict a decrease. With asymmetric substitution, the coordinated HOOP mode is eliminated so the H/D substituents do not move in a properly choreographed fashion producing a drastic drop in the quantum yield. Importantly, the excited state lifetime is only slightly affected by isotopic substitutions in a predictable manner. This pattern of quantum yield results clearly shows that it is the phase relationship of the atomic motions that is critical for efficient product formation.

Our studies on rhodopsin have revealed a new isotope effect, called a vibrational phase isotope effect, that only appears in vibrationally coherent photochemical reactions.  In this scenario it is the relative oscillatory phase of motion along two or more vibrational coordinates that controls the efficiency of product formation. Vibrational phase isotope effects are likely to be important in a wide variety of fast photochemical reactions mediated by vibronic mixing and may reveal important information about quantum mechanical effects in non-adiabatic regions of potential energy surfaces.

Molecular origin of the vibrational phase isotope effect in the first step of vision.  Following photoexcitation of the 11-cis retinal chromophore to the first excited state (S1), the reaction proceeds via a coherent evolution primarily along the torsional and HOOP modes. At the conical intersection (CI), both modes exhibit a twist of ~90° and the reaction outcome is decided by their relative phasing. Efficient isomerization to the all-trans product requires an in-phase mode relationship, while frustrated isomerization back to the 11-cis reaction occurs if the modes are out-of-phase or a-phasic. Molecular structures are taken from ref. 7.

This text was prepared by Richard A. Mathies and Christoph Schnederman 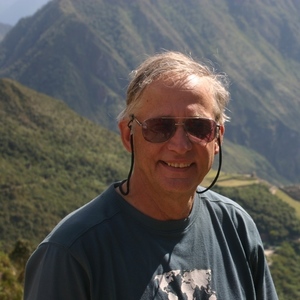 In addition, this work is a classic example of what is wrong with science funding and review.  We would NEVER have gotten a proposal funded to make these isotopes and do these quantum yield experiments because the effect we discovered had never been seen. This was curiosity driven science which is never funded these days. The only way to do this work was to self fund with my income from royalties on DNA sequencing inventions that helped to do the first human genome. It is amusing that the human genome project indirectly allowed us to understand the primary photochemistry of vision.

True! This is brilliant work..