The paper in Nature is here: https://go.nature.com/2DUSMp9

Lithium-ion battery technology has transformed the portable electronics industry and is making inroads into energy storage on the electric grid and electrically powered transportation. Today, research laboratories around the world are pursuing development of beyond-lithium-ion batteries that are even more powerful, cheaper, safer, and longer lived

One such type of advanced battery is the lithium (Li) -air battery, which is believed to be able to hold up to five times as much energy as the lithium-ion batteries that currently power our phones, laptops and electric vehicles. The Li-air battery has been tantalizing to battery researchers in recent years, but several obstacles have plagued their development.  These batteries work by combining lithium present in the anode with oxygen from the air to produce lithium peroxide on the cathode during the discharge phase. The lithium peroxide is then decomposed into its lithium and oxygen components on the charge process.

In a study published in Nature, a team led by Amin Salehi-Khojin of  the University of Illinois at Chicago (UIC) and Larry Curtiss at Argonne National Lab have reported on  a new design for a Li-air battery cell that operates by a reaction with air over many charge and discharge cycles. This cell was still functioning after a 700 charge/discharge cycles. This represents a significant advance in battery technology as it is the first demonstration of a true lithium-air battery and it uses low cost materials.

Previous experimental designs of such Li-air batteries have been unable to operate in a true natural air environment due to the oxidation of lithium anode by air components and production of undesirable byproducts on the cathode as a result of combining lithium ion with carbon dioxide and water vapor existing in air. The byproducts gum up the cathode which eventually becomes completely coated and unable to function during discharge and charge cycles. As an alternative to use of air these batteries have often relied on tanks of pure oxygen – which limits their practicality. A few others have tried to build lithium-air battery cells, but they failed because of poor cycle life.

The UIC-Argonne research team overcame these challenges by using a unique combination of anode, cathode and electrolyte – the three main components of any battery – that prevent the anode oxidation and buildup of battery-killing byproducts on the cathode, which allowed the battery to operate in a natural air environment. They coated the lithium anode with a thin layer of lithium carbonate that selectively allowed lithium ions through and prevented unwanted components such as nitrogen from reaching the anode.  The cathode used a lattice structure with a molybdenum disulfide catalyst and a unique hybrid electrolyte made of ionic liquid and dimethyl sulfoxide that helped facilitate lithium-oxygen reactions, minimize lithium reactions with other elements in the air, and boosted the efficiency of the battery. The complete architectural overhaul of the battery involved redesigning every part of it to enable the desirable reactions to occur and block those that would cause the battery to go dead.

This text was written by Larry Curtiss and Amin Salehi-Khojin 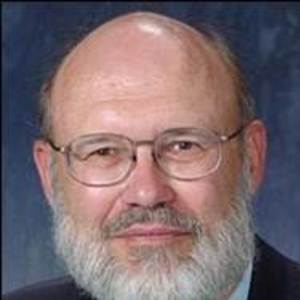