The efficiency of an electrocatalyst itself is linked to the morphology, composition and electronic structure of the chemical species found within the first few atomic layers of its surface. In order to achieve meaningful environmental impact, we must fully understand the evolution of the state of individual atoms within the surface layers during operation to relate structure and properties, and, at a later stage, possibly open pathways to design better electrocatalysts.
Baptiste Gault
Group Leader, Max-Planck-Institut für Eisenforschung
Follow
Liked by Rosa Arrigo

The work reported in our recent article in Nature Catalysis started, like most research project, when a few people crossed path in a corridor, later sat down for coffee, and decide it would be a good idea to try and combine expertise of their respective groups. It was decided to focus on the catalytic activity, selectivity and stability of Ir towards the oxygen reduction reaction (OER) that is used to turn water into oxygen and hydrogen and hence an important reaction in the scope of hydrogen power generation.

Dr Olga Kasian, Alexander von Humboldt Fellow at the Max-Planck für Eisenforschung (Iron and Steel research in Düsseldorf) applied her skills to making Ir-thin films and, through a range of chemical spectroscopy and surface techniques, sought to gain information on the surface species present formed and active during the OER: X-ray photoelectron spectroscopy revealed the electronic properties of the surface oxides, while inductively coupled plasma mass spectrometry coupled with an electrochemical flow cell allowed to measure the electrocatalytic activity and dissolution of the metallic film informing on its stability.

Our study reveals that both activity and stability improves at the beginning of electrolocations, while activity decreases with increases stability as anodic oxidation proceeds. Interestingly, we observed small oxide particles with an O to Ir ratio of 1:1 along with, through isotopic marking by performing the reaction in deuterated electrolytes, loosely bound hydroxy-groups and water molecules form at the triple junctions of grain boundaries after short-time of anodic oxidation. The non-stoichiometric Ir-O species with hydroxy-groups and water molecules explain the high electrocatalytic activity. These metastable Ir-O species gradually transform into IrO2, giving rise to the decrease in activity and the increase in the stability. We believe that our combined approach will stimulate investigating more closely the atomic-scale surface species through high-end microscopy and microanalysis techniques. 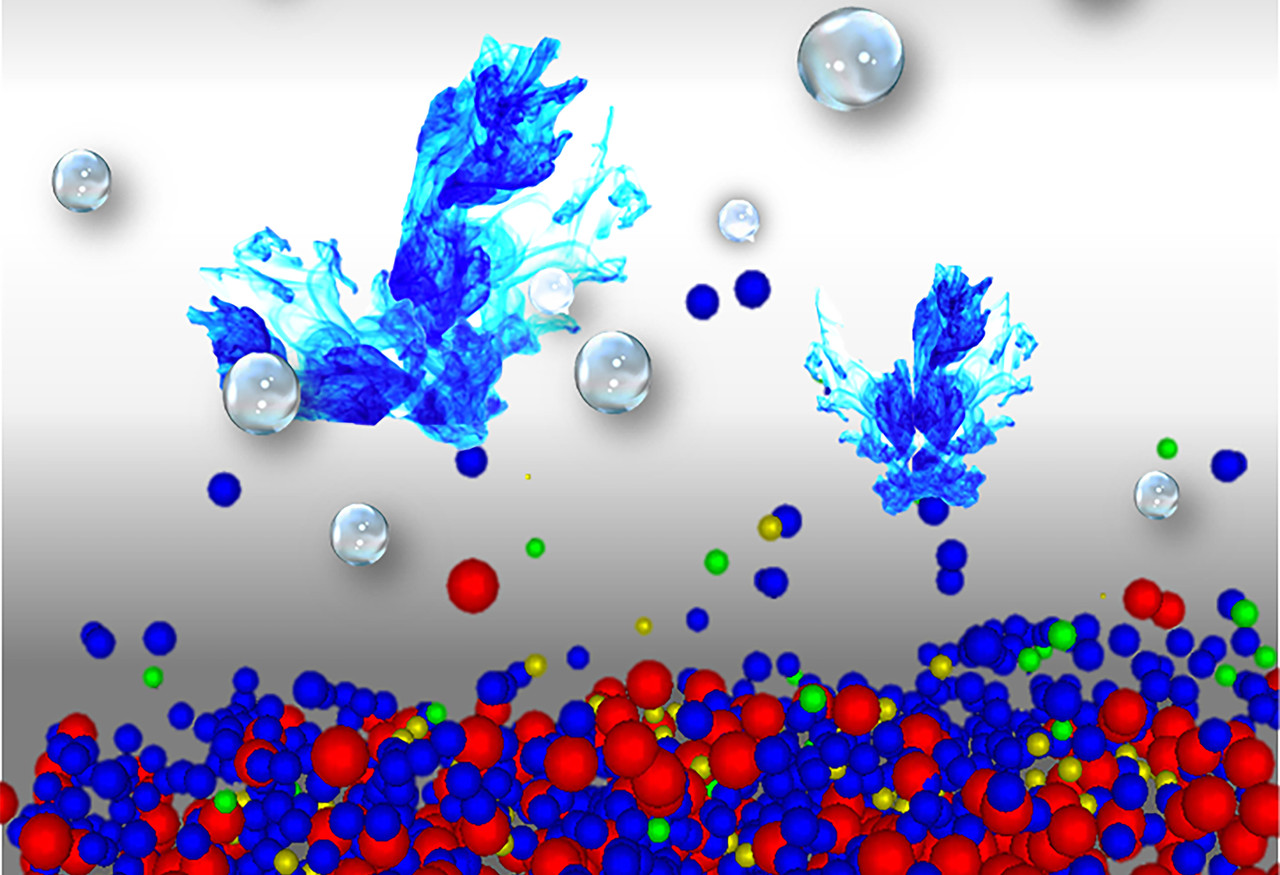 The efficiency of an electrocatalyst itself is linked to the morphology, composition and electronic structure of the chemical species found within the first few atomic layers of its surface. In order to achieve meaningful environmental impact, we must fully understand the evolution of the state of individual atoms within the surface layers during operation to relate structure and properties, and, at a later stage, possibly open pathways to design better electrocatalysts.