The paper in Nature Communications is here.

A recent airplane fire at a major airport occurred just before takeoff and was due to propagation of an initially nanoscale fatigue crack in a turbine blade. Currently there are no easy to use technologies available to diagnose and prevent such failures. Part of the difficulty in developing such techniques is the tiny size of nanoscale incipient cracks, which are over four orders of magnitude smaller than the width of a human hair. But what if we had an unobtrusive nanoscale particle the size of the original crack that could change color when the crack nucleated and grew, signaling catastrophe?

Such a mechanoresponsive nanoparticle—a nanoparticle which can respond to mechanical stress by changing color or other measurable property—could help save lives in many ways.  As alluded to above they can be used for the early detection of potentially devastating failures in engineered systems, such as airplanes or bridges. More far reaching, they can be used in biological disease diagnostics, for example, in cancer, where tumors have very different mechanical properties and thus possess and induce nanoscale and microscale stresses with potentially unique stress signatures.

Here, we present such a mechanoresponsive nanocrystal, the fluorescent tetrapod quantum dot (tQD). While previous studies established that the tQD could sense stresses by easily detected changes in the color of its emitted light, they were conducted in a limited set of materials. In this work, we established the versatility of the tQD as a stress sensor in a wide variety of polymeric materials, and examined trends in its sensing ability ranging over many orders of magnitude of host polymer Young’s moduli. We also examined systems with very different host matrix compositions, tQDs with multiple surface chemical interactions with the host material, and varying concentrations and nanoscale dispersions.

What we found is striking: across all of these different variables, the tQD sensing sensitivity scaled monotonically with the host material's Young’s modulus, with little to no trend seen comparatively for the other abovementioned variables. Furthermore, we found that tQDs could be used to measure strain transfer from the polymer matrix to the tQD at the nanoscale. Using a simple phenomenological model which we corroborated analytically using Mori-Tanaka theory, we found the strain transfer to decrease with increasing matrix compliance. This results in a higher pressure coefficient due to lower stress in lower Young’s modulus materials, and indicates that tQDs are likely suitable as sensors in stiff structural materials as well as highly compliant, biological level soft polymers.

These results highlight the potential of tQDs for the development of mechanoresponsive materials with the ability to detect and prevent premature fracture in service. They further highlight the prospective ability of tQDs to reveal stress changes in biological systems during disease diagnostics and care. 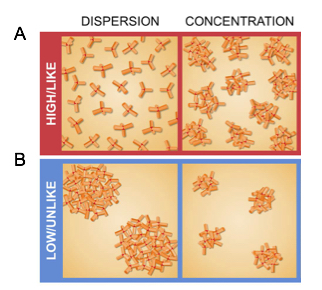