A community from Nature Research
Editor Comms Chemistry
From the Editors

What can preprints do for chemists?

All Nature Research journals accept submissions previously hosted on preprint servers, and we're excited by the rise of ChemRxiv.

Since its launch last year, the chemistry preprint server ChemRxiv has grown rapidly, with over 24,000 downloads of over 250 unique submissions. Recently, both the Royal Society of Chemistry and the Gesellschaft Deutscher Chemiker announced that they would join the American Chemical Society as formal partners on ChemRxiv, going beyond the support and guidance they have offered to date. At the same time, Angewandte Chemie announced an update to their their policies relating to preprint servers.

At CommsChem we have always been enthusiastic about the possibilities offered to chemists by preprint servers. Our policy reflects that: since launch, we have accepted submissions previously hosted on ChemRxiv and other servers. This is in line with policy across all the Nature Research journals, which have likewise accepted preprints for over 20 years. We are glad to see that this policy is shared by the majority of RSC, Wiley, and ACS chemistry journals.

We’re currently considering ways we could offer to work more closely with ChemRxiv and support their mission. We believe it is important that publishers, funders, and other institutions get behind preprint initiatives aimed at chemists and enable authors to make the choices that best serve their needs. “The biggest source of trepidation around preprints tends to arise from a misunderstanding of what preprints are and what institutions support them,” says Marshall Brennan, the Publishing Manager of ChemRxiv. “Having a firm, well-communicated stance is the best first step for preprints!”

We’ll gladly take that as an excuse to keep talking about preprints, and encouraging authors to use preprint servers as they see fit.

It remains to be seen what role preprint servers will play in the communication of chemistry, and how this will vary between sub-disciplines. But already ChemRxiv hosts manuscripts by world-class research groups, including the Baran, Cronin, and MacMillan laboratories. This includes work that has subsequently been published in Nature Chemistry.

Perhaps chemists can take cues from the physics community, which has pioneered the preprint server since the early 1990s. Physicists have shown that preprints can serve as a means to quickly disseminate, and even peer review, research. Already, ChemRxiv has learned some lessons from the fine example set by arXiv, for example by hosting raw data – an important service for data-intensive subdisciplines.

As the needs of authors and funders evolve, publishers need to consider how they can best serve the community. It is clear that preprint servers can complement traditional journals in important, usefu lways. We firmly believe that the more freedom authors have to choose how and when to communicate their research, the better. We will continue to loudly encourage our authors to use ChemRxiv and other preprint servers.

Nature Communications - Not what it says on the tin

Back to From the Editors
Next 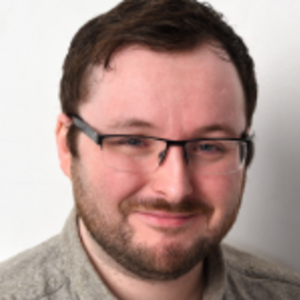 Andrew joined Communications Chemistry in August 2017. He graduated from the University of Manchester in 2010 with a degree in chemistry, then obtained a DPhil from the University of Oxford in 2015. His doctoral work concerned the role of self-reproducing lipid aggregates in prebiotic chemistry. He remained at Oxford to carry out postdoctoral research, using super-resolution optical microscopy to characterize autocatalytic reactions. Andrew is based in the London office.
Follow

One year of Communications Earth & Environment

Samantha Zimbler
Contributor
From the Editors