The improvement of photostability of gold (Au) clusters on the metal-support interface has been remaining a challenge topic in chemistry. Here, we report a joint strategy via interfacial modification and composition manipulation to significantly enhance the long-term stability of ligands-protected ultrasmall Au clusters with improved photocatalytic performance.
Yi-Jun Xu
Professor, Fuzhou University
Follow

The paper in Nature Communications is here: https://go.nature.com/2K0qttk

Recently, the ultrasmall Au clusters with size regime of 1−3 nm in diameter have received considerable attention due to their distinctive physicochemical properties. These ultrasmall ligands (typically thiolate)-protected Au clusters exhibit discrete electronic structure, which have been regarded as one of the prototypes of highly tunable molecular-sized materials for catalysis and solar energy conversion. In particular, the thiolate-protected Au clusters, typically glutathione-protected Au clusters (Au GSH clusters), are able to serve as both photosensitizer and catalytic center for multifunctional use in photocatalytic redox systems, such as water splitting, selective organic synthesis and pollutants degradation. However, such ultrasmall Au GSH clusters suffer from serious instability under light irradiation due to its extremely high surface energy and large surface. The loading of ultrasmall Au GSH clusters onto different supports is often inefficient to avoid coalescence and agglomeration of Au GSH clusters, which results in either the difficulty of unambiguous photocatalytic mechanism assignment or a loss of photocatalytic activity.

Regarding the Au clusters-based photocatalysts, seminal works have been reported for disclosing the underlying mechanism of transformation of ultrasmall molecular-like Au GSH clusters to Au nanoparticles (NPs) at the semiconductor/metal interface (J. Am. Chem. Soc. 2014, 136, 6075-6082; Sci. Rep. 2016, 6, 22742; ACS Appl. Mater. Interfaces 2015, 7, 28105-28109). Nevertheless, the effective control of Au GSH clusters with long-term stability on the substrates under in situ photo-irradiation conditions still remains a challenge, which becomes the main bottleneck for the development of Au clusters-based catalysts systems for photoredox applications.

In this work, we report the utilization of multifunctional branched poly-ethylenimine (BPEI) as a surface charge modifying, reducing and stabilizing agent for interfacial modification of SiO2-Au GSH clusters composite (SAB), which has demonstrated to be an efficient and universal strategy for protecting the Au GSH clusters from being fusion under continuous visible light irradiation (λ > 420 nm) over 10 h. Such photostability enhancement is ascribed to the high reductive ability of BPEI, by which the organic ligand oxidation process over Au GSH clusters can be inhibited, and this in turn results in the improvement of durability. However, it should be noted that the photosensitization efficiency of Au GSH clusters is low since the photogenerated electrons in the lowest unoccupied molecular orbital (LUMO) of Au GSH clusters cannot efficiently transfer to the conduction band (CB) of SiO2 due to the large band gap of SiO2 support, thereby leading to simultaneously serious recombination of charge carriers. Considering that the CB edge potential of semiconductor metal oxides, typically TiO2, is more positive than the LUMO potential of Au GSH clusters, which enables the transfer of photoexcited electrons from Au GSH clusters to the metal oxide support, a thickness tunable TiO2 shell has sequentially been coated onto the surface of SAB composites to construct core-shell SiO2-Au GSH clusters-BPEI@TiO2 (SABT) heterostructures.

The coating of thin TiO2 layer is beneficial for efficiently separating and transfering the photogenerated electrons from Au GSH clusters, hampering the recombination of charge carriers, and thereby resulting in the higher photocatalytic efficiency of SABT composites than that of SiO2 spheres and SAB under visible light illumination (λ > 420 nm). Additionally, with the increased thickness of TiO2 shell, the adsorption capacity of SABT composites toward the reactants increases gradually. Therefore, the photocatalytic performance of SABT is able to significantly ameliorate by regulating the photoelectrochemical and adsorption properties of SABT composites synergistically.

In summary, we have reported a combined strategy via interfacial modification and composition engineering for improving the long-term photostability of ultrasmall Au GSH clusters with improved activity, which is expected to provide a guideline for rationally structural design of Au clusters-based composites toward various targeting applications in solar energy conversion. 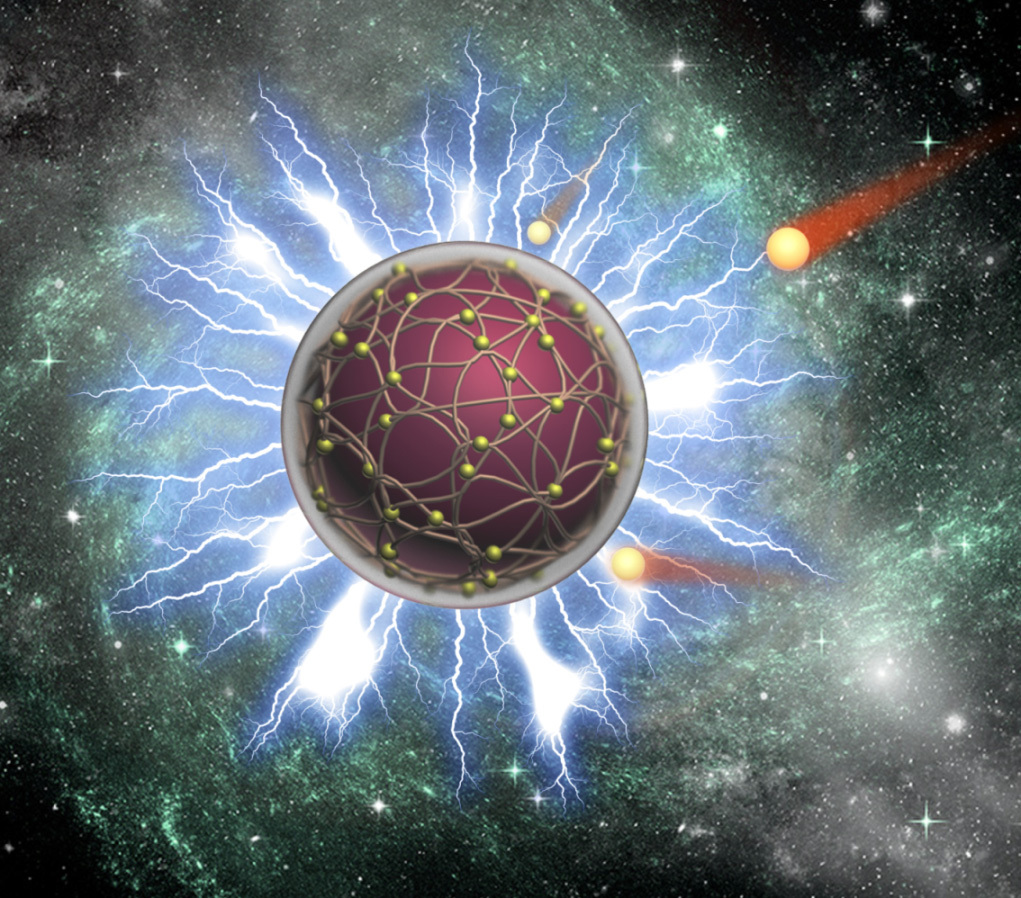 The improvement of photostability of gold (Au) clusters on the metal-support interface has been remaining a challenge topic in chemistry. Here, we report a joint strategy via interfacial modification and composition manipulation to significantly enhance the long-term stability of ligands-protected ultrasmall Au clusters with improved photocatalytic performance.