It’s a sunny day in Munich. Two people are standing on a field playing Frisbee. When you break down playing frisbee into its elementary processes it is the throw of the frisebee by one player, while the other player is catching it. A relocation of a flat disc between two players. If we scale down a frisbee game to molecular sizes things get a little more complicated. So what are the components for a molecular frisbee game?

Let us start with the frisbee itself. It is flat and therefore easily translates into a flat aromatic molecule. To catch an aromatic frisbee aromatic interactions lend themselves to be the perfect choice and to tighten the grip we use a special kind - polar aromatic interactions. The frisbee will thus be electron deficient and the players electron rich.

Speaking about the players, what features do they actually need? As we have already clarified they must possess electron rich “hands” in order to be able to catch the frisbee and hold on to it. Molecular tweezers are a good choice for this. Another fundamental feature should be their ability to catch and release the disc at certain points in time - otherwise playing will be a little difficult. This means each player must be able to change from a catching to a releasing state. Molecular switches seem to be perfect for this. Something like switchable molecular tweezers emerge. How do they know when to release and when to catch? That is easy: light! So these are our players: electron rich photoswitchable molecular tweezers. In case that there are just two players orthogonal photoswitching enables their individual control. But for this simple game already four different wavelengths are needed – one pair for each player, signaling catch and release. But what’s happening when our molecular players want to invite friends to their game? There is just limited space in the spectrum of light and since absorption bands of photoswitches are broad, adding just a third player to the game will be difficult already. In this case 6 different colors of light are needed. The solution to this problem is simultaneous complementary photoswitching, where a reduced set of light signals is used to affect many molecules at the same time - but each with different outcome. Let’s translate this to our thought experiment. One wavelength will cause the release of the frisbee from one player while the same wavelength will bring the second player in the catching state. Two different actions, which are interconnected by the relocation of the frisbee at the same time - controlled by the same light signal. Instead of four only two signals are now needed to keep the frisbee moving.

This concept is of course not just applicable to molecular frisbee games but also holds the possibility to evolve into a mighty tool for the construction of an interconnected network of photon controlled molecular machines. Here a reduced set signals would not just be a prove of concept but a necessary feature of the network. 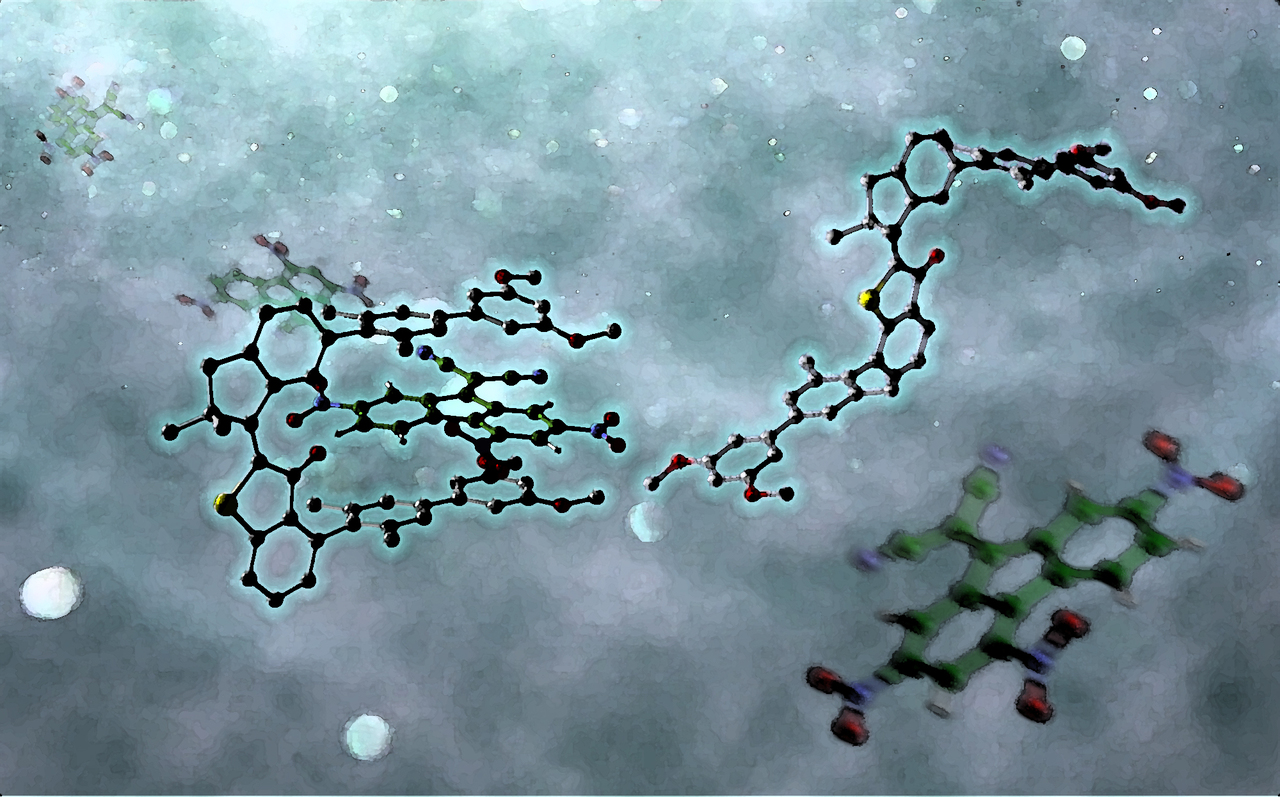