The chemists, who cook.

In our laboratory when we talk about synthesis, we often use the word “cook”. As synthetic chemists we are proud that we can cook not only in the kitchen but also in the laboratory. There are many similarities between a cook and a synthetic chemist. A cook uses a big variety of food ingredients to prepare different dishes; meanwhile a chemist transforms molecular building blocks to various useful materials. The biggest challenge for both of them is to make the best from the simplest.

In a typical sol-gel process a low-molecular-weight silica precursor, tetraethoxysilane (TEOS), is converted to silica. Amphiphilic surfactants are usually employed to direct the morphology of silica and should be removed afterwards. A question arises here is whether silica of different morphologies can be cooked from the silica precursor without any consumable ingredients like surfactants. As polymer chemists we like polymers, since they have a number of interesting properties that monomers do not have, for example ability to form tough films and fibers. As compared with the corresponding monomer, properties are generally amplified after polymerization, e.g. hydrophobicity, amphiphilicity as well as number of functional groups in one molecule are significantly increased. It is also known that TEOS is condensed to a polymer before being converted to silica. Therefore, the condensation product of TEOS, polyethoxysiloxane (PEOS), came to our attention as the liquid silica precursor polymer for preparing silica materials. At the beginning of our research in this field, PEOS was used as glue to link silica nanoparticles at the oil-water interface in Pickering emulsions, resulting in all-silica colloidosomes with a closed shell (ACS Nano 2011, 5, 3937 and Langmuir 2014, 30, 4253). The hydrolysis-induced interfacial activity of PEOS was discovered while working with methyl-functionalized silica particles (J. Mater. Chem. A 2015, 3, 24428). When the oil-soluble PEOS is hydrolyzed at the oil-water interface, its solubility in the oil phase is reduced and its affinity to water increases. The structure of hydrolyzed PEOS resembles that of an amphiphilic surfactant, and therefore oil-water emulsions can be stabilized solely by PEOS without any classical surfactants or particles. PEOS was further used in miniemulsion (Macromolecules 2016, 49, 1552) as well as emulsion (Polym. Chem. 2017, 8, 6263) polymerization to prepare monodisperse polymer@SiO2 core-shell particles with controllable particle size and silica shell thickness.

The present paper is a milestone in the research with PEOS, where double emulsions are successfully formed and converted to a range of silica-based particles with interesting structures. Indeed, using such a simple ingredient, PEOS, we are able to cook different “dishes”, such as “fried eggs” (nanocapsules), “fly agarics” (Be careful, they are toxic!), “ice creams” and even “rattles” as a present to kids. How can a perfect dinner be without a bottle of wine? No problem, the conversion of PEOS is accompanied with the release of ethanol. By the way, the hydrolysis of TEOS was a technique invented by workers of a Russian silicone factory to obtain pure ethanol for drinking. 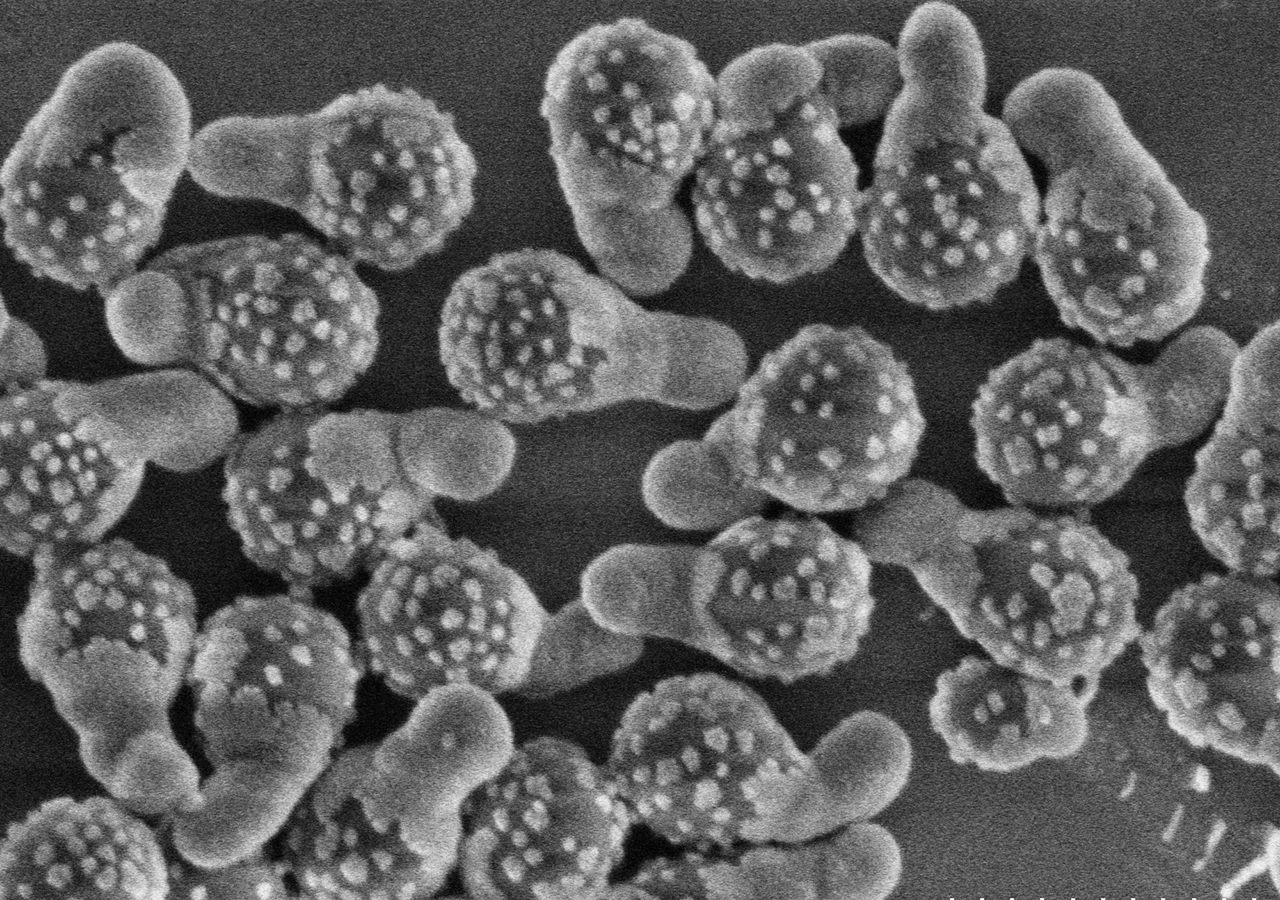 The chemists, who cook.