A four-stage rotational-speed-changing molecular rotor with the speed tunability achieved by tuning the stability of the transition state of the rotor to varying degrees utilizing different non-covalent interactions is established.

The paper titled "A multistage rotational speed changing molecular rotor regulated by pH and metal cations" can be found here:

The origin and development of artificial molecular machines is inspired by the machines in the macroscopic world and the molecular motors in biological tissues. However, compared to macroscopic machines and biological motors, the man-made molecular machines are to date obviously far more limited in terms of precise manipulations in the motional direction, mode, and speed. For example, even for the simplest molecular machines such as molecular rotors, effective methods for precisely tuning the rotational speed in a wide frequency range thus enabling them to compellingly mimic some common but representative macroscopic rotary machines, such as electric fans, have not yet been well established.

In a broad sense, the ON/OFF-type molecular rotors, including molecular breaks and molecular accelerators, represent the remarkable results of the endeavors from scientists to control the rotational speed of the man-made molecular rotors, although such systems work at only a fixed rotational speed at a given temperature. Recently, scientists have started to design rotor systems with the rotational speed of precise regulation by modulating the steric hindrance (free volume) relating to their rotation. However, this has been proved to be toughly challenging, especially when the target includes the modulation of the speed in a wide frequency range.

To tackle the challenge, we envisioned to investigate along a different pathway, i.e., introducing different non-covalent intramolecular bonding to stabilize the rotational transition state in varying degrees. Three very simple molecular rotor candidates with different pKa (thus possessing different capability of responding the outside stimuli) were designed and synthesized for the proof-of-concept studies. By measuring the rotational speed of the rotors under different conditions, we verified that deprotonation of the rotor molecules, in particular the one with the lowest pKa, produced an intramolecular electrostatic repulsion thus restricting the previous high-speed rotation. Further addition of different cations introduces an electrostatic bridge to stabilize the transition state in varying degrees, giving rise to a cation-radius-dependent acceleration of the rotation to render the rotor running at a mid-speed.

We also explored the possibility of transforming the rotational speed of the studied rotor between different stages. By using acid/base mediation, transformations between the high- and the low-speed stages as well as between the high-speed stage and each mid-speed stage were readily achieved. However, to realize the inter-transformation between different mid-speed stages was really very tough for us. We have tried different crown ethers, cryptands, and acid-protonated DBUs; but all the experiments failed. Finally, tetraethylammonium fluoride was found to be an excellent stimulus to achieve the goal.

Thus, a multistage rotational-speed-changing molecular rotor with the speed reversibly tunable in a wide frequency range is established.

We got very constructive comments from the reviewers during the review process, which greatly helped us for deeper understanding the properties and the underlying principles of the studied rotors. 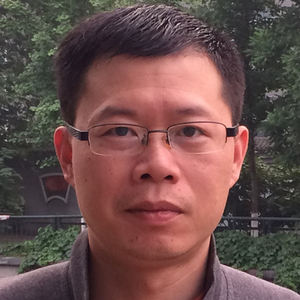