How does spider glue stick in humid conditions? - Design principles for functional adhesives

Most of us have heard that spider silk is one of the strongest materials found in nature. However, many of us do not know that a spider also coats the capture spiral threads of its web with sticky glue, one of the most effective biological glues, and has been a source of intensive research for years. Spiders use this glue to catch prey in their webs in a variety of environments including dry and humid.

A spider coats the capture spiral threads with a uniform coating of the glue which rapidly pinches off into tiny glue droplets on the underlying thread. Spider glue is made up of glycoproteins (a protein with sugar groups) along with a cocktail of hygroscopic (water attracting) compounds. These hygroscopic compounds make the spider glue soft and tacky enough to stick by absorbing water from the atmosphere. You might imagine the spider glue as a soft and sticky hydrogel (full of water).

Most of you may have observed paint peeling off the wall during summer’s high humidity. Water weakens the bonds between the coating and the wall. It’s the same reason that bandages separate from skin when you bathe or wash. But if spider glue is a hydrogel – full of water – then why is spider glue able to stick in highly humid conditions?

We have unveiled the secret of how spider glues stick in wet environments by studying the furrowed orb-weaver’s (Larinioides cornutus) capture glue. We do this by using sum frequency generation (SFG) spectroscopy to zoom in on the boundary between the molecules of spider glue and the molecules at the surface to which it sticks. SFG is an interface-sensitive technique that only observes the interfacial chemical groups. We first find that the glycoproteins make bonds with the surfaces. Glycoprotein based glues have been identified in several other biological glues such as fungi, algae, diatoms, sea stars, sticklebacks, and English ivy. Might glycosylation be thought of as a design strategy in nature to create gluey secretions?

But why doesn’t the water in the spider glue interfere with this contact the way it does with most synthetic adhesives? We find, to our surprise, that liquid-like water is completely excluded from the boundary. The hygroscopic compounds in spider glue play a previously unknown role in moving the liquid-like water away from the boundary thereby preventing failure of spider glue at high humidity. The principle of using hygroscopic compounds to pull water away from the contact boundary will initiate the future design of synthetic glues that can maintain adhesion at high humidity; adhesion highly sought after in coatings, paints and other applications. 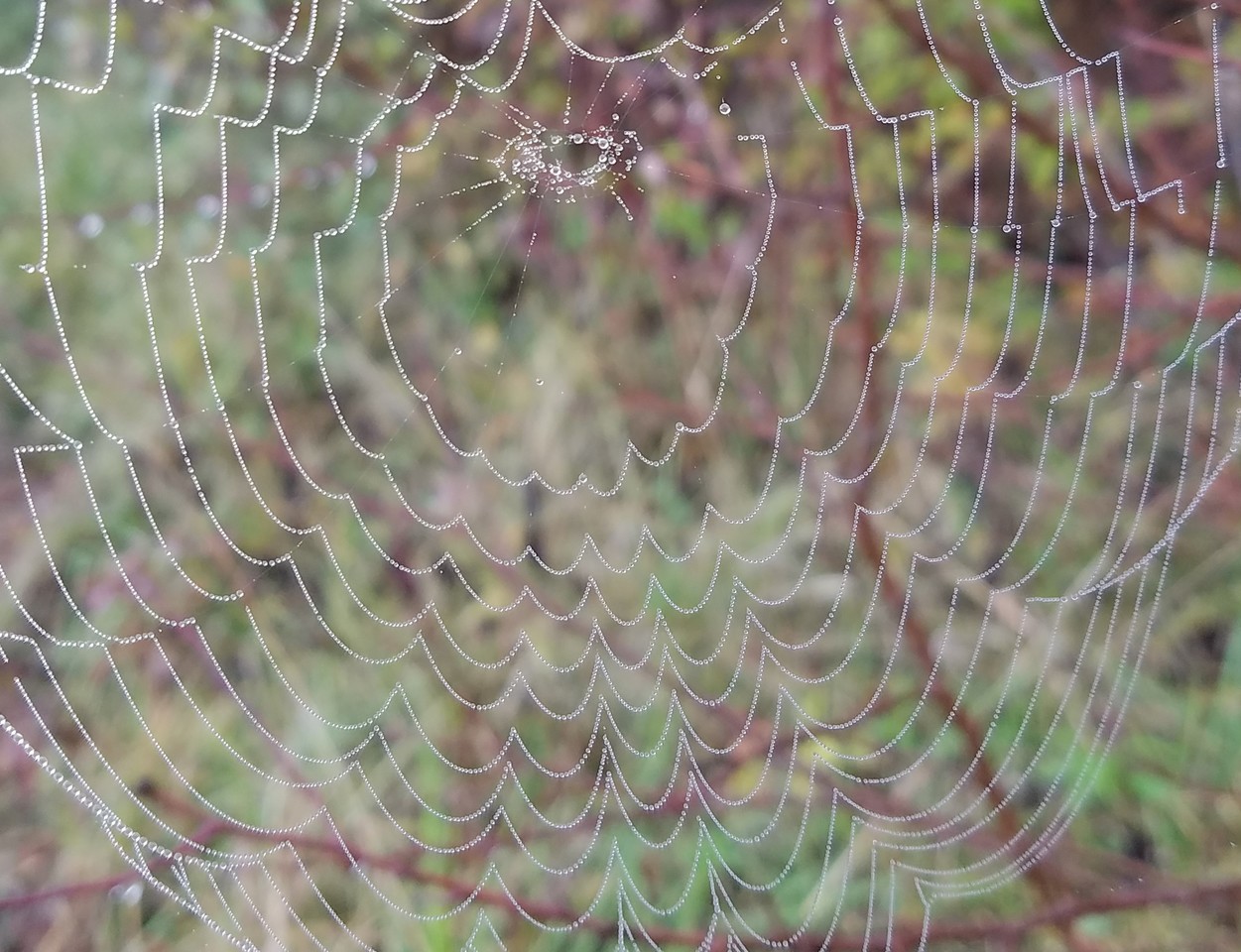 How does spider glue stick in humid conditions? - Design principles for functional adhesives