When will solar fuels become competitive?

The last several decades has seen a surge in renewable fuel technologies within the research community. Hundreds, if not thousands, of labs around the world are investigating new, high-efficiency, low-cost means to capture, convert, and store energy derived from renewable energy sources including geothermal, solar, wind, and water. At the heart (Go Planet!) of this work lies a premise: if we make this catalyst more efficient, or reduce the engineering costs, or can scale up production, then renewable energy technology will become cheap enough to compete with the established fossil fuel industries. Or better still, renewables could outcompete fossil fuels in hopes of limiting greenhouse gas emissions and keeping average global temperatures below 2 degrees Celsius.

But there are still a number of fundamental questions about our renewable future, beyond the basic lab-level science. Simply improving the performance metrics (or for the high-minded, digging deeper into the fundamental processes) will not revolutionize the energy industry. A different approach is to target specific fuels and ask ourselves “How expensive is it to produce this fuel?” and “How cheaply can we produce this fuel in comparison to the fossil-fueled methods?”

Researchers in the Netherlands and Italy have assessed these questions as part of a techno-economic analysis. As clear from the article’s title, the authors provide estimates as to when renewably-produced fuels could overtake those fueled by long-dead critters. The work focuses on hydrogen gas, syngas, methanol, and diesel as these fuels due to their commercial-scale production and their relative ease of production.

There are a good number of assumptions going into these estimates, such as the feedstock, operating and maintenance costs, and costs for electricity, water, and carbon dioxide. Even with reasonable assumptions for the costs, today's renewable hydrogen, syngas, methanol, and diesel are not cost-competitive with production using fossil fuels (most fuels, in price per kilogram, are estimated as four-to-ten times more expensive than those produced from fossil fuels). In an interesting approach, the authors continue their analyses and extrapolate how renewably-sourced fuel prices could decrease by implementing learning curves. Given enough time, several of these renewable fuels and technologies, such as the solid oxide electrolyzer, will become far more competitive with their fossil-fuel counterparts.

This work provides an insightful, if sobering, implication for renewable energy research. Yes, fuels obtained from renewable resources could eventually compete with those produced from fossil fuels. The problem is time. There is concern that the window to limit the average planet’s warming by 2 degree Celsius is shrinking rapidly, likely in the next 5-10 years, optimistically. Waiting 20-30 years for the economics to shift in favor of renewables may seem like a losing battle. However, there are still ways to limit carbon dioxide emissions while renewables catch-up to fossil-fuels. One intermediary route is further investment in zero-emission power plants that promise to halt greenhouse gas emissions without compromising on cost.

I enjoy reading these technoeconomic analyses because of the context they provide. Renewable fuels do have the potential to replace fossil fuels. This will take time, including further materials development. But there is still a need to integrate the lab-level research into the wider, global society and boost production to terawatt-scales. 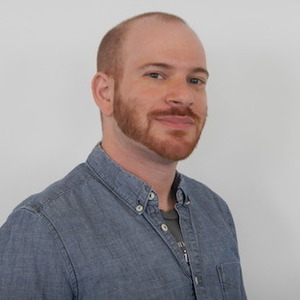 Adam Weingarten joined Nature Communications in July 2017 after postdoctoral research on polyoxometalate photochemistry at Ben Gurion University of the Negev in Be'er Sheva, Israel. He previously obtained his PhD at Northwestern University on supramolecular materials for solar-to-fuel conversion. His editorial interests cover photo- and electro-chemistry, nanomaterials, and renewable energy production. Adam is based in the New York office.
Follow