Immobilizing micelles: The art is here

The paper in Communications Chemistry is here: https://go.nature.com/2JMianW

Tiny globular assemblies, called micelles, are often formed by dissolving amphiphiles in solvents like water. Ever wondered if such aqueous micelles could be lyophilized using suitable cryoprotectants to produce solid powders with entrapped micelles in it? Our attempts to do that failed, but it marked the beginning of a new project, “Immobilizing nanoscale assemblies in supercooled matrix”.

Lyophilisation or freeze drying is a process commonly used to enhance the shelf life of proteins and other pharmaceutical formulations. In this process, the material of interest is frozen in the presence of a cryoprotectant such as glucose, sucrose etc and the solvent is removed by sublimation. Our preliminary studies indicated that both crystallization of the matrix or amphiphile and growth of micelles with the addition of cryoprotectant are major hindrances to retain structural integrity of micelles. By virtue of the extensive hydrogen bonding ability of urea and its analogues, it is expected to undergo intermolecular association with sugar, thereby preventing crystallization of the sugar matrix. Moreover, in aqueous solution, urea is known to sustain globular micelles even at concentrations as high as 10M. Thus, we postulated that sugar-urea mixtures will be an ideal matrix for immobilizing micelles.

Micelles are equilibrium structures formed by the dynamic association of amphiphiles in liquids. Thus, micellisation can occur only in a liquid phase, as solids do not permit diffusion of individual ingredients due to lack of sufficient mobility. Therefore, our first attempt was to trap micelles by adding sugar-urea mixture, at appropriate composition, to an aqueous micellar solution followed by removal of solvent by vacuum. In this process, we noticed that though most of the solvent can be removed by vacuum there is significant amount of bound solvent molecules which could not be removed at ambient temperature.  To eliminate any such possibility of bound water in the system, we later examined the formation of micelles in a sugar urea melt, with the conjecture that successive cooling of this mixture can provide water free micelles trapped in solid or glassy matrix. We found that indeed a variety of micelles could be formed in such molten sugar-additive mixtures which can be supercooled to room temperature forming arrested micelles. This way micelles could be sustained over a wide range of temperature; from as high as 90 degree Celsius to subzero degree temperatures (-25 degree C ), without cryogenic quenching. Since the ingredients are solids with low vapor pressure and does not crystallize at ambient conditions, it permits visualization of the structure of micelles using HRTEM. Considering the ability of various sugar-additive combinations to form glassy matrix at ambient conditions, this offers a unique way of forming frozen nanoscale assemblies in a glassy matrix.

To know more about this work, see our paper "Dynamically arrested micelles in a supercooled sugar urea melt"  in Communications Chemistry here: https://go.nature.com/2JMianW 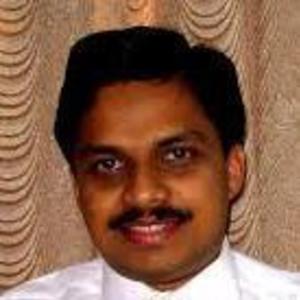 Oyais Ahmad Chat
over 3 years ago

Congratulations Sir...So finally you have trapped them... I am happy that the project has achieved success. Congratulations again to the whole group, especially you Hassan Sir.

Puthusserickal A Hassan
over 3 years ago