The paper in Nature Chemistry is here: https://go.nature.com/2KjMM0k

In heterogeneous catalysis, we always want our catalysts to be the invincible heroes: only selective to the desired products, active and everlasting. This is however a rather impossible mission in acid-catalysed transformations that involve olefins, a classical example of zeolite catalysed reactions. Why? Remember how Alice ate cookies, grew enormous in size and got stuck inside the White Rabbit’s house? Well, our zeolite can be seen as the White Rabbit’s house, where olefins - quickly react with each other, growing into long-chain hydrocarbons or aromatic molecules that are eventually not able to leave the zeolite. Obviously, the accumulation of these species in such a confined space leads to the clogging of the zeolite and to deactivation.  The methanol-to-olefins (MTO) process, where methanol is forced to react with the acid sites of a zeolite to produce highly valuable ethylene and propylene suffers from this issue.
To overcome this problem, researchers have tried to change the decoration of the White Rabbit’s house, making larger doors and windows (creating mesoporous zeolites) or have tried to reduce the number of available cookies (by tuning the density of acid sites). Although some of these approaches have been shown successful, prediction of catalytic properties and therefore catalyst design is still a complex issue. In 2015, we entered the race of making selective and stable MTO catalysts by choosing the not that popular but still quite well known modification with alkaline-earth metals. The outcome made us happy: 10-times increased lifetime, promising selectivity to propylene. The understanding yet still to come. Such a modification significantly decreased the amount of Brønsted acid sites – active sites of MTO – while generating Lewis acid sites and it was difficult to decouple the effect of each type of acidity to understand what each one does. Our next strategic step was to analyse zeolites prepared by different methods having very different features commonly used for MTO and link them to catalysis. With this rather simple idea, not only we were able to decouple the effect of each type of acidity but also able to establish structure-activity relationship showing that Brønsted acidity solely defines selectivity to ethylene and propylene, while Lewis acidity contributes to lifetime improvement. Dozens of theories were put forward to explain why and how Lewis acidity affects the catalysis, dozens of theories were rejected. One of the theories survived and was theoretically confirmed by our collaborators from Ghent and later confirmed experimentally with the help of a variety of spectroscopic techniques as well as co-reacting experiments.
And we will keep the intrigue here just saying that Lewis acidity turned out to be that exact remedy that would make Alice exercise and use the energy of those cookies to become stronger rather than bigger inside the White Rabbit’s house.
If you want to see the design rules that we propose for MTO catalysts and the reasons why Lewis acidity prevents coking, check our paper here: https://www.nature.com/articles/s41557-018-0081-0 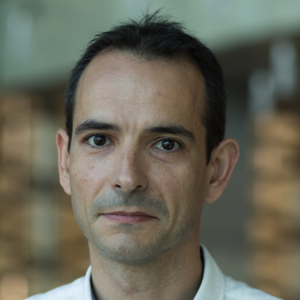 Bartosz Tylkowski
about 3 years ago

Jorge Gascon
about 3 years ago