From molecular hoovers and frameworks: A love story

Self assembly is a fascinating process and most importantly: it just works. Phospholipids assemble into a bilayer membrane in water, protecting their hydrophobic chains from the hydrophilic environment. Thus, combining membrane building blocks and membrane proteins in an aqueous environment should lead spontaneously to well-formed vesicles which carry the membrane protein of choice, resulting in a functional proteovesicle. Just like that! Love at first sight!

Unfortunately, this love story does not end here but merely starts.

"considered as an art rather than science by many working in this field".

When I joined the project and our collaborator Prof. Dimitrios Fotidias' group, work was focused on the insertion of proteorhodopsin (PR) into liposomes. Even though the reconstitution seemed successful, we could not measure any proton pumping activity. As we were working with the wild type protein, the protein’s orientation was probably the issue (and later solved via a chemical switch [1]). I continued my work focusing on polymer membranes and followed the common protocols for membrane protein reconstitution into polymer membranes. All trials were unsuccessful. Adding the membrane protein to a polymer-ethanol mixture, removing the solvent and rehydrate the polymer-protein film can work for ultra-stable membrane proteins like OmpF [2]. However, not for more delicate proteins like PR. As literature about the reconstitution of PR in polymer membranes was rare at that point, we briefly (around 1.5 PhD years) worked on the adaption of reconstitution protocols from lipid membranes to polymer membranes. But just trying different detergent and polymer combinations as well as more exotic methods like GRecon [3] did not lead to reliable and reproducible results.

When one wants to engineer a functional system, one combines several known parts in a certain manner, based on the desired goal and the knowledge about each part. When you want to build car, you assemble the engine, the chassis, the tires, etc. Each part is known and you can predict its behavior and the interplay with the other parts, for example via simulations. In biology, more often than not, we are not able to do that because we lack the knowledge and the theoretical framework. There is no general equation which describes the reconstitution process of proteorhodopsin.

Within our publication we did not solve that but with the help of design of experiments (DoE) we derived a working model for our specific problem: How to carry out a functional reconstitution of PR into a polymer membrane. DoE helps a lot if you need to investigate a process which depends on several parameters and you are not sure which parameter has an effect and how strong that one is (like making good coffee, unfortunately German only).

Together with the creation of a PR fusion protein, which has green fluorescent protein (GFP) attached, by my colleagues Johannes Thoma and Noah Ritzmann from Prof. Daniel Müller’s group [4], we were able to tackle the project systematically. PR-GFP solved two problems: 1st the orientation of the membrane protein is fixed and 2nd we could detect the membrane protein after reconstitution reliably. DoE provided the necessary framework and for the first time in our lab we could pinpoint important factors, estimate their influence and predict the assembly of our proteovesicles under varying conditions. Because we used both lipid and polymer membranes, we could compare the two systems and identify the differences, like the necessity of basic pH values for proteopolymersome formation. Furthermore, we found that our proteopolymersomes carry less proton pumps than the proteoliposomes but generate a similar pH gradient, making the more efficient. Even though this phenomenon needs more investigation, it is likely to be attributed to the higher thickness of polymer membranes which makes them less permeable to the back-diffusion of pumped protons. For me personally, the computational assistance deployed in the later stages of the project was equally important. Using DoE is relatively easy nowadays, thanks to specialized programs which I used in the beginning. However, the use of the statistical programming language R to write my own scripts for the data assessment was a major milestone as it forced me to get directly in touch with my data. It was also the first programming language I learned and I would like to encourage people to give programming languages like R or Python a serious try as they might change the way one thinks about data.


Beside the obtained results in this publication, this work could lay the foundation of a data library for membrane protein reconstitution in our labs. If the design and its experiments would be repeated for more membrane proteins, detergents and membrane types, we could add factors like the detergent type, structural features of the membrane proteins (e.g. alpha-helical, beta-sheets) to the model as categorical factors. With the additional data points it should be possible to determine conditions which, for example, are more suitable for one class or the other and thus ease future reconstitutions. This information will be crucial if we want to design and build up complex systems like molecular factories.

For me, the love story ends here. My relationship with PR and vesicles has been a difficult one and we had our ups and downs. But the result that DoE can provide insight into the underlying mechanisms of membrane protein reconstitution is reassuring and might change the balance more towards science than art.

The paper in Communications Chemistry can be found here 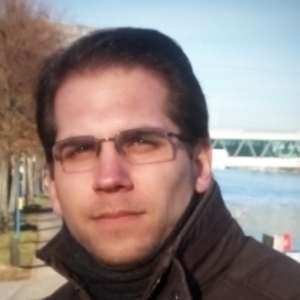