Taking pole position in the development of sustainable alternatives to Lindlar-like hydrogenation catalysts in fine chemical synthesis by controlling ensembles.

Catalytic hydrogenations are undoubtedly the most useful method for reducing different chemical functionalities. Their discovery dates back to the work of pioneering scientists as De Wilde, Sabatier, and Senderens in the 1880’s and was recognized by the Nobel Prize in 1912. Nowadays this mature field is facing new challenges as a consequence of the scarcity of the precious metals and/or the presence of toxic additives commonly applied in commercial catalytic formulations. However, developing more environmentally friendly and efficient catalysts has not been an easy task. The use of lead-poisoned palladium catalysts introduced by Herbert Lindlar while working at Hoffmann-La-Roche in the 1950’s for three hydrogenation steps in the synthesis of Vitamin A, still dominates for selective hydrogenations in fine chemical applications.

To act as efficient catalysts, it is now well known that surface atoms should possess specific geometric and electronic properties, that originate highly active and selective sites. Electronic effects can be related to Sabatier’s principle which stated that an intermediate derived from a reactant at the surface must be stable enough to be formed, but not too stable since it has to further transform into the desired product(s), thus, they control activity. Also, geometric effects imply that multiple atoms with a specific arrangement (referred to as ‘ensemble’) are sometimes required to enable adsorption of the reactant(s) and are mainly linked to selectivity. Based on these principles, it is important to have ensembles of palladium atoms (limited to three) throughout the surface.

Using these principles, we along with many other groups have been actively searching for new families of hydrogenation catalysts, which has led to the discovery of: (i) alternative metals, (ii) alloy and intermetallic compounds, (iii) ligand-modified nanoparticles, (iv) transition metal oxides, and (v) supported single atoms. Though all of these systems display highly selective character, as explained in our article none of them combines all of the necessary features to bring an end to the use of the environmentally and health hazardous Lindlar catalyst.

Inspired by the high resistance to poisons and ability to activate hydrogen demonstrated in hydrotreating in oil refineries and from the promising performance recently reported for the selective hydrogenation of acetylene, we became curious about the potential of transition metal sulfides. However, there was a lack of understanding for the observed catalytic behavior.

In our contribution in Nature Communications, we report a simple and scalable treatment of supported palladium nanoparticles with sodium sulfide, which led to a crystalline palladium sulfide phase with splendidly controlled crystallographic orientation. It exhibited unparalleled performance in the semi‑hydrogenation of alkynes in the liquid phase, which is rationalized at the molecular level. The exceptional behavior is linked to the multifunctional role of sulfur, which with a truly Swiss-army-knife-style is responsible for isolating palladium ensembles, moderating their electronic properties, acting as a reservoir for hydrogen, and ensuring a high stability. To put these findings into perspective, we derive for the first time a hierarchy of descriptors governing activity, selectivity, and stability and classify the prominent families of hydrogenation catalysts.

To read the full story and have a look at the design rules we propose for alkyne semi-hydrogenation, check our paper here: go.nature.com/2NwhcLy 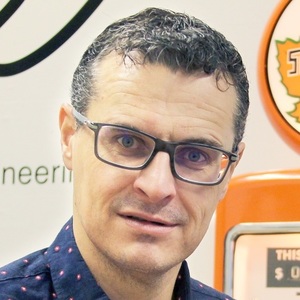