The paper in Nature Communications is here: go.nature.com/2uSCxap

High-resolution real-space imaging, by using scanning probe methods such as scanning tunneling microscopy (STM) or atomic force microscopy (AFM), of molecule-covered nanoparticle surfaces can give a fundamental understanding of surface composition and morphology, molecular interactions at the surface, and nanoparticle chemical functionality in its environment. However, achieving molecular resolution in the imaging has proven to be very challenging, due to large variations in nanoparticle compositions, sizes, shapes, and atomic structures, furthermore, highly curved nanoparticle surfaces may make the interpretation of the images ambiguous.

But imagine that you had a “perfect” system to look at by STM measurement? A “perfect” system would perhaps be a nanoparticle whose atomic structure, including the structure of the ligand layer, is already known from another type of experiment. Can you then, and how, correlate the known atomic structure to what you see in the STM image? How can you use simulation methods and pattern recognition algorithms in this regard? These are the questions that were addressed in our just published work, which was a collaboration between two laboratories in China (State Key Laboratory of Physical Chemistry of Solid Surfaces in Xiamen University and State Key Laboratory of Molecular Reaction Dynamics in Dalian Institute of Physics) and one in Finland (Nanoscience Center at the University of Jyväskylä).

A couple of years ago we set out to image by STM atomically well-defined silver nanoparticles that are covered by an organic monolayer of thiol molecules. These well-defined particles can also be called as “nanoclusters” since one can write a molecular formula for the particles’ composition, and all the atom positions are known. We studied a nanocluster that has 374 silver atoms in the metal core, protected by 113 thiol molecules and 4 halides. The atomic structure of this cluster was published in 2016 (doi: 10.1038/ncomms12809) by the Xiamen group based on single crystal X-ray diffraction experiments. The diameter of the cluster with the organic monolayer is about 5 nm. The thiol in question is tert-butyl-benzene thiol (TBBT), which has a headgroup consisting of three methyl (CH3) moieties.

STM imaging at low temperatures (7 K and 79 K) revealed regular variation of the tunneling current seemingly indicating a patterned signal from the molecular layer of the nanocluster (see one example in the left part in the image below). The pattern had a slightly higher resolution at the lower temperature and the maxima-to-maxima distances corresponded quantitatively to both STM images of isolated TBBT molecules adsorbed on a flat gold surface and to simulations of the tunneling current profiles from density functional theory (DFT) simulations (right part in the image) that were performed with the known atomic structure (center). It could be confirmed that depending on the relative orientation of the TBBT headgroup with respect to the surface plane, two or three of the methyl groups of TBBT gave each one maximum in the current. In other words, our STM experiment achieved sub-molecular resolution on imaging of this complicated nanocluster.

A question still remained: Given that the nanoclusters could be bound on the surface in principle in any orientation, is there a systematic way to distinguish the relative orientation of the imaged cluster using information from the DFT simulations? We calculated the simulated STM image of the cluster, using the known atomic structure, from 1665 different orientations spanning the entire volume angle around the cluster. Now we had 1665 theoretical images to match with a reference image from the experimental data. Which one(s) would yield the closest match? To this end, we resorted to an algorithm commonly used in pattern recognition. We identified a number of extrema (maxima and minima) both in the experimental image and in each of the 1665 simulated images, and looked for simulated images that yielded minimal values of the root-mean-square distance between rotationally centered two sets of points in experimental and simulated data. In this way, we were able to identify just a handful of the best candidates out of the 1665 possibilities.

We believe that our approach, combining STM imaging with state-of-art computational simulations and automated pattern recognition algorithms, demonstrates a useful strategy to image nanoparticles, and in general many nanostructures, at molecular or even (in the best case) sub-molecular spatial resolution. To support open science and efforts of other scientists in the community, the paper also gives a link to download our in-house code for pattern recognition. 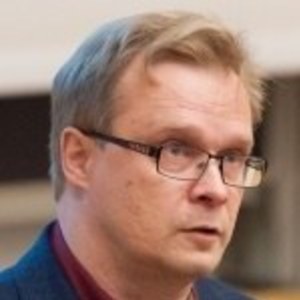