Towards deposition of atomic layers

The paper in Nature Catalysis is here: go.nature.com/2NYZQWW

Atomic layer deposition (ALD) is a fantasy technique for prototyping catalysts. It uses self-terminating surface reactions that facilitate conformal material loading on high surface area catalyst supports, an attractive feature to catalysts developers. With strong chemical selectivity, ALD excels at modifying interfaces, surface defects, and grain boundaries, which are commonly reaction sites of catalytic processes. Besides, there is a wide range of metalorganic precursors to choose from across the periodic table, and one can craft catalyst components in a "designer" fashion.

With the semiconductor industry using this technique for more than a decade, the costs of ALD has been increasingly lowered. There are also large ALD systems available for roll-to-roll processing. Given the slow deposition rate with self-terminating reactions, scalability of ALD for depositing thin films (several nanometers) has remained a concern. However, this setback works towards fabricating noble-metal-based catalysts, as most reactions catalyzed by metallic catalysts involve only a few surface atoms or atomic layers. The slower deposition rate is acceptable and even desirable for higher controllability entailed.

Maximizing noble metal utilization has been challenging, even for ALD that is named after the atomic layer. Most ALD processes are not depositing atomic monolayer layer-by-layer, but rather stacking up of fractions of atomic layers. Most likely, atoms would like to build on each other, forming nanoparticles instead of wetting the catalyst support. Directed by my heterogeneous catalysis experiences, I started testing the idea of lowering affinities between Pt and Pt precursors using surface passivation gas (carbon monoxide in this case) with our lab's scanning probe microscopy physicist Dickson Thian. There has been pioneering work led by the Moffat group (Science, 338(6112), p1327, 2012) on using carbon monoxide during electrochemical deposition of Pt. With ALD, the substrate surface is subject to a leaner precursor environment. The process temperature can also be leveraged to tune the adsorbate-adsorbent interaction between Pt and carbon monoxide. Besides, ALD is not limited to conductive substrates. After achieving lowered growth rates and nanoparticles with suppressed thicknesses with passivation gas incorporated atomic layer deposition (PALD) on Au and SiO2 substrates, we moved on to demonstrate the practicality of using PALD in making catalysts with enhanced performance.

We applied this technique in depositing Pt nanoparticles directly on carbon supports for oxygen reduction reaction catalysts. These PALD Pt/C catalysts demonstrated high mass activity as well as robust stability. The former is attributed to the improved surface to volume ratio of these Pt nanoparticles with suppressed thicknesses. The latter possibly results from the strong bonding between Pt and the defect sites on the catalyst support where ALD growth initiates. More information can be found here. 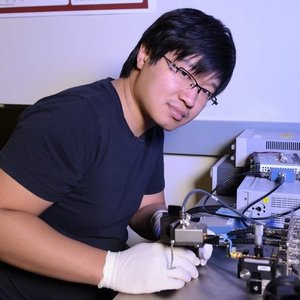