An ancient, prebiotic relationship between iron-sulfur peptides and proton gradients

Without a historical record, it is exceedingly difficult to decipher the chemical events that led to the Earth's first cells. One approach is to look at the shared characteristics of the diverse forms of extant life and try to determine plausible abiotic mechanisms that could lead to the emergence of chemical systems that display similar features. One such feature is the completely universal exploitation of proton gradients across membranes. Concentration gradients are perhaps the simplest forms of disequilibrium states that can be harnessed by a cell to mediate the thermodynamically unfavourable chemistry needed to sustain life. The problem, of course, is that modern day biology relies upon remarkably complex protein pumps to generate proton gradients. So it has been unclear whether this universal feature of life developed later, after living systems firmly established themselves on the Earth or simpler varieties existed to help fuel the very earliest protocells. That is the question that we tried to take a stab at in our recent work published in Nature Catalysis (https://www.nature.com/articles/s41929-018-0116-3).

First, we broke things down into simpler parts, focusing on whether prebiotically plausible electron donors could transfer electrons to iron-sulfur peptides. We used iron-sulfur peptides because we have previously shown that such redox active metallopeptides form under simulated prebiotic Earth conditions in the laboratory (https://www.nature.com/articles/nchem.2817).

For the electron donor, we chose the nucleotide NADH. It is generally accepted that RNA and nucleotides were crucial for the origins of life, so the use of electron carriers that fit within the RNA world hypothesis was attractive. Despite the fact that in the electron transport chain of extant organisms the electrons flow from NADH to FMN before reaching an iron-sulfur cluster, we observed much more efficient electron transfer from NADH to the iron-sulfur peptide than through FMN. The mechanism likely entails the transfer of two electrons from one NADH to two different iron-sulfur peptides, but more work is needed to nail this down. This part was easy, but what we still didn't know was how to couple electron transfer chemistry to the generation of a pH gradient.

Even if we were initially unsure how a proton gradient would form, we were conscious of the fact that the iron-sulfur peptide would have to be reoxidised after reduction with NADH so that more electron transfer events could occur. To do so, we used the prebiotically reasonable oxidant hydrogen peroxide in place of oxygen, since oxygen was not present on the prebiotic Earth. Fortuitously, not only did hydrogen peroxide lead to the oxidation of the iron-sulfur peptide but also to an increase in pH of the solution. In retrospect, this makes perfect sense. Under the conditions used in our experiments, the transfer of electrons from iron-sulfur peptides to hydrogen peroxide leads to the formation of two hydroxyl ions. It, therefore, suddenly became quite clear how a pH gradient could form prebiotically. The only missing ingredient was a membrane. Once we added hydrogen peroxide to phospholipid vesicles that contained internally iron-sulfur peptides and NADH, a pH gradient steadily formed. The message was clear. Complex protein pumps aren't needed after all. Instead, a few simple, prebiotically reasonable chemicals can give rise to a proton gradient of the same magnitude found across biological membranes.

We still weren't satisfied, though. We wanted to know if such a simple system could fit into a more elaborate sequence of electron transfer events, such as those found in the modern-day electron transport chain. We, therefore, demonstrated that the electrons donated from NADH to iron-sulfur peptides could then be further transferred to ubiquinone, which is somewhat similar to how electrons pass from NADH to Complex I and then to ubiquinone in biology. Since ubiquinone is a highly hydrophobic molecule that easily partitions into lipid membranes, we next targeted the iron-sulfur peptides to the surface of lipid vesicles and found that electron transfer was facilitated in this arrangement. We were excited about these results, because the data suggested that an elaborate electron transfer chain didn't need to emerge at once. Instead, messier reactions where iron-sulfur peptides either engaged in reactions that immediately generated a pH gradient or dumped these electrons on intermediate polyaromatic electron carriers would have allowed for a simple protometabolism to form in a way that was open to further development. Taken together, our findings not only suggest that iron-sulfur peptides easily formed on the early Earth but that these same metallopeptides could have mediated chemistry that eventually led to the types of chemical systems that we call metabolism today. 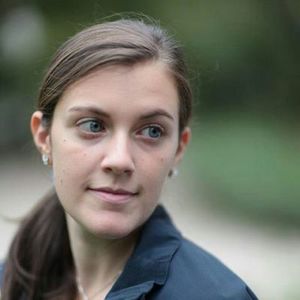