The question of exactly what life is and how living matter differs from other simple chemical systems remains unanswered. Progress has been made, but many fundamental questions remain. There has been considerable success in devising prebiotically plausible ways to synthesize small molecules such as amino acids, sugars and nucleobases, which are the essential building blocks of living systems. Ways to assemble cell-like membranes and control other aggregation phenomena are also well known. However, making the building blocks of life and making an actual living system are two entirely different things. A ‘bottom-up’ approach to synthetic life has yet to deliver insight into how inanimate matter can become a living system. This is almost certainly due to the fact that there is a lack of understanding (both at the theoretical and experimental level) of how organization and function can be created from disordered and non-functional components without simply going on to give thermodynamic products and equilibrium.

Evolution has integrated kinetically controlled processes of self-assembly, self-organization and self-replication in compartmentalized structures, operating under non-equilibrium conditions. In that sense, living systems can very crudely be considered “metastable replicators working far-from-equilibrium”, which are inevitably destroyed unless they are sustained. Life is smart and makes use of energy (in the form of chemical reactants) to sustain order and function and avoid the otherwise inevitable decomposition of the living system to thermodynamic equilibrium.

In this article we report the design and operation of a system that makes use of phase behaviour in order to make a self-replicator that is out-of-equilibrium. Two phase-separated organic molecules: one hydrophobic (featuring a hydrocarbon tail) and one hydrophilic (a carbohydrate derivative) react across the interface to form a surfactant product. The surfactant self-assembles into compartmentalized structures. The assembled structure speeds up the reaction to form its own components, which is otherwise slow as a result of the high energy barrier imposed by the phase separation. The surfactant replicator is not thermodynamically stable and is simultaneously destroyed by a competitive process, so that it eventually “dies” and forms a thermodynamic product, however by adding additional ‘food’ molecules the population of the replicator can be increased.

Mechanistic experiments reveal that phase separation is crucial for the non-equilibrium behaviour and that, interestingly, the replicator is only destroyed when in the self-assembled state, under biphasic conditions. There is some analogy of this system to the disassembly of microtubules, where it is the association of tubulin-GTP units in a supramolecular structure which activates hydrolysis and eventual disassembly of the entire structure. 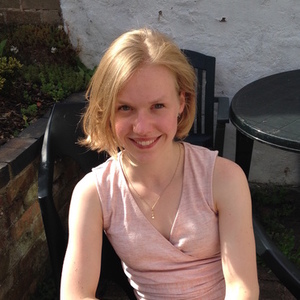