The paper in Nature Communications is here: go.nature.com/2OgELYa

Radialenes have unique structural, electronic and chemical properties that make them substantially different from other hydrocarbons. However, the synthesis of radialenes with high yields and excellent selectivity still remains challenges. Ideally, the most step-economic and straight forward synthetic strategy to form [4]radialenes is the cyclotetramerization of alkyne groups, in which the bond formations and ring constructions of 4-membered cyclic carbon scaffolds take place in just one step via the hydrogen migration.

Despite of the appeared simplicity, the practical challenges are of three fold: (i) The distances and orientations of the four alkyne groups should be well matched and stabilized, prior to the tetramerization reaction (2) The activation energy barrier of the tetramerization reaction should be close to, if not less than, the energy cost to break the self-assembly of monomers, so that the cycloaddition proceeds immediately when the molecular assembly is formed. (3) The hydrogen migration and the formation of the four-member carbon ring must take place almost at the same time.

Based on the careful analysis and rational design, we show that such one-step synthesis can be feasibly achieved on Cu(100) surface via delicate experiments. The dosed phenylacetylene molecules at very low temperature (20 K) on Cu(100) appear as isolated bright protrusions in STM measurements. After annealing the sample at 200 K for 20 minutes, a number of tetramers are produced. The high resolution STM image of one tetramer strongly suggests that the protrusions a tetramer are chemically bonded.

In order to confirm this, by applying a negative voltage pulse of -3.2 V between STM tip and molecules, we observed that tetramers can successively be picked up by the STM tip. This phenomenon is a very clear evidence that each tetramer structure is composed of four monomers which are connected by strong chemical bonds.

Subsequent Density Functional Theory (DFT) calculations reveal that the reaction proceeds via the [1+1+1+1] cyclotetramerization, which is directed by the molecular assembly. In details, the phenylacetylene molecules are firstly self-assembled into the initial state (IS) due to the C-H/π attractive interactions. Crossing over the first transition state, the system reaches a meta-state (MS), at which the terminal hydrogen atoms of the alkyne groups have been transferred to the carbon atoms of their nearest neighbors. Each of the resulted carbon radicals is bonded to two copper atoms of the Cu(100) surface to form a meta-stable molecular complex. From this meta-state to the second meta-state (TS2), the energy barrier is only 0.18 eV. Due to the formation of four C-C bonds in the last step, the whole cycloaddition reaction is an exothermic process (the overall energy drop is 4.67 eV). 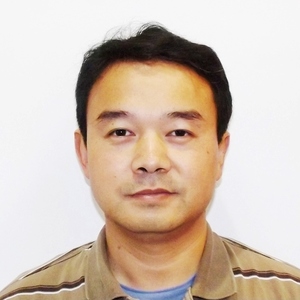