The paper in Communications Chemistry is here: go.nature.com/2OHzl9I

Experiments that don’t work as expected sometimes may lead us to new research directions. This is the case for the work in this article, which started with a problem we faced in a different context.

We were investigating water treatment methods using nanocarbon electrodes to remove toxic phenolic compounds from river water. However, soon we realised that the performance of the electrode declined significantly over time, rendering it useless. We knew we were not alone, as many groups had also reported the poisoning of their electrode surface, due to the oxidation of phenol. Therefore, we changed our focus to find a more resistant electrode against poisoning. We searched around the lab and nanodiamond was an immediate choice, as it is well-known for its high chemical resistance. The results were very positive, and we did not observe a significant drop in the signal.

If the goal is to have a stable phenolic sensor for environmental monitoring stations, then nanodiamond is a strong candidate. However, sensors are becoming ubiquitous in our lives, as miniaturised versions are slowly being integrated into many portable devices.  That is why we aimed at creating a high-performance sensor that would be more accessible for public use than nanodiamond. Such low-cost sensor would need to be accurate and sensitive enough to detect toxic levels of phenolics. Carbon materials were an attractive choice for this purpose, as they are economical, accessible and do not contaminate the sample like other metal-based sensors. So that forced us to return to nanocarbon, a cheap and abundant material compared with nanodiamond. Although the signal decreased when we used one nanocarbon electrode for many cycles, we found the results for each electrode were highly reproducible. The facile preparation and its reproducibility inspired us to develop a disposable nanocarbon-based sensor, similar to the well-known electrochemical strip for one-time glucose testing.

This work is a combinatorial study of three different carbon-based sensors for detecting four phenolic compounds. We hope it provides a comprehensive account of phenolic sensing and can be helpful for anyone who would like to understand sensors based on different carbon materials.

We would like to give special thanks to Amalia González for help with the illustration on this post.

"Nanocarbon and nanodiamond for high performance phenolics sensing" has been published in Communications Chemistry, click here. 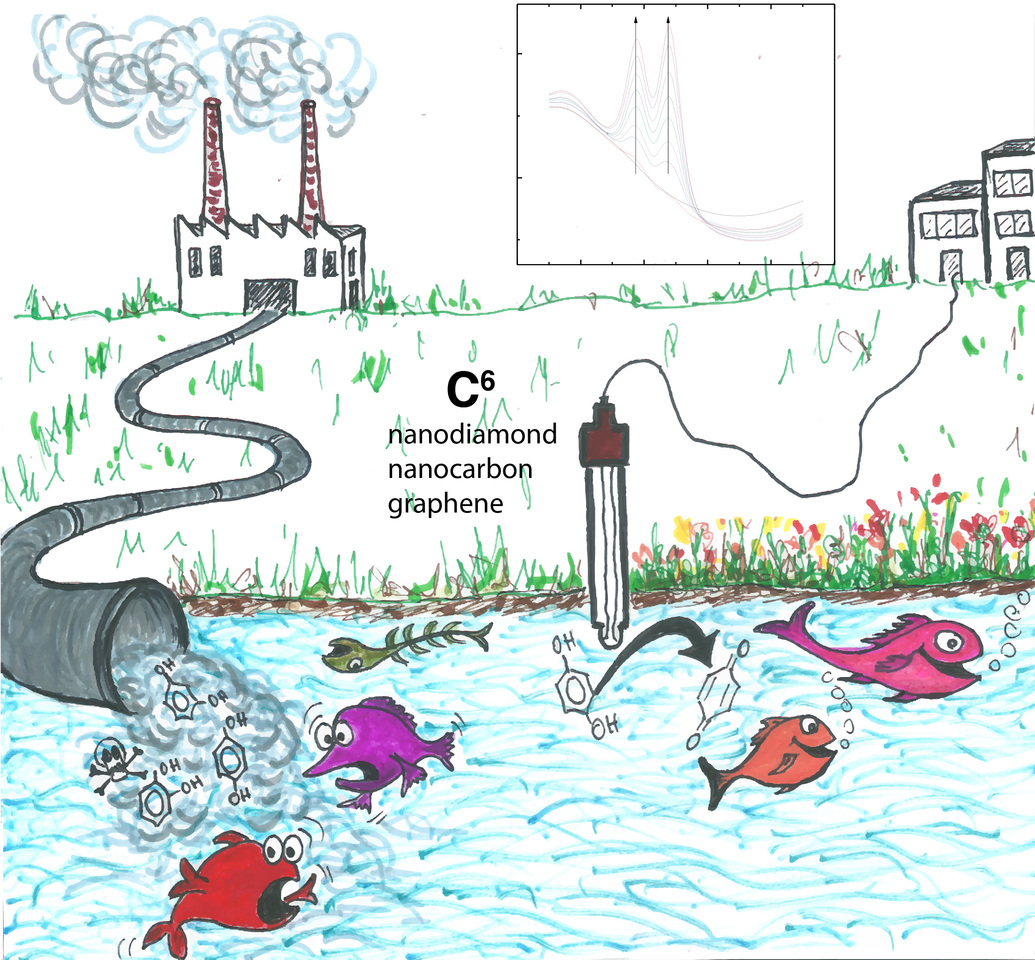