Recent advances in technologies for renewable power generation significantly decreased the electricity cost. The availability of low electricity makes it potentially cost-effective to drive chemical processes with electrical energy rather than conventional thermal energy. Carbon dioxide (CO2) electrolysis has tremendous potential for the synthesis of valuable platform chemicals such as ethylene, ethanol, and acetic acid. However, despite significant work in recent years, the efficiency of CO2 electroreduction to these multi-carbon (C2+) products is still a major challenge.

To circumvent the challenge associated with CO2 electrolysis, we recently investigated electrochemical reduction of carbon monoxide (CO), a key intermediate in the CO2 reduction. This work was motivated by previous reports of oxide-derived copper catalysts (OD-Cu) with enhanced selectivity for CO electrolysis to oxygenates in batch systems, albeit at low reaction rates due to the low solubility of CO in aqueous electrolytes. We were curious if the unique selectivity of OD-Cu would be maintained while conducting the reaction at a well-engineered tripe-phase interface (see the figure) for high reaction rates. We successfully demonstrated a C2+ product selectivity over 90% at current densities higher than 630 mA/cm2, the best performance to date in the literature. Interestingly, we also found that OD-Cu showed similar selectivity towards C2+ products as commercial copper micron-sized particles, with significant amounts of ethylene produced in addition to oxygenates at high current densities.

During the study, we were also interested in understanding the fundamental differences between CO2 electrolysis and CO electrolysis in an alkaline electrolyte. To gain some mechanistic insights, we conducted a switching experiment, where we operated the electrochemical cell under identical conditions (i.e., identical catalyst, loading, and operating conditions) while switched the gas feed between CO2 and CO. Strikingly, under the CO feed, we observed a significantly higher acetic acid selectivity than under the CO2 feed. We suspected that this may be partially caused by the surface pH difference under reactions conditions. Because of the rapid reaction between CO2 and OH- to form carbonate salts, the surface pH under CO2 reduction conditions was much lower than that under CO reduction conditions. Furthermore, we used isotopically labelled C18O as a reactant and found the acetic acid produced was only partially labelled (i.e., one of the two oxygen atoms was labelled as 18O), suggesting that one of the oxygens originated from the electrolyte. This isotopic study led us to conclude that the locally high concentration of OH- near the surface shifts the selectivity towards acetic acid. Still, future work is needed to better understand the exact mechanism.

A full story of this work can be found in Nature Catalysis.

This blog story is written by Matt Jouny and Feng Jiao. 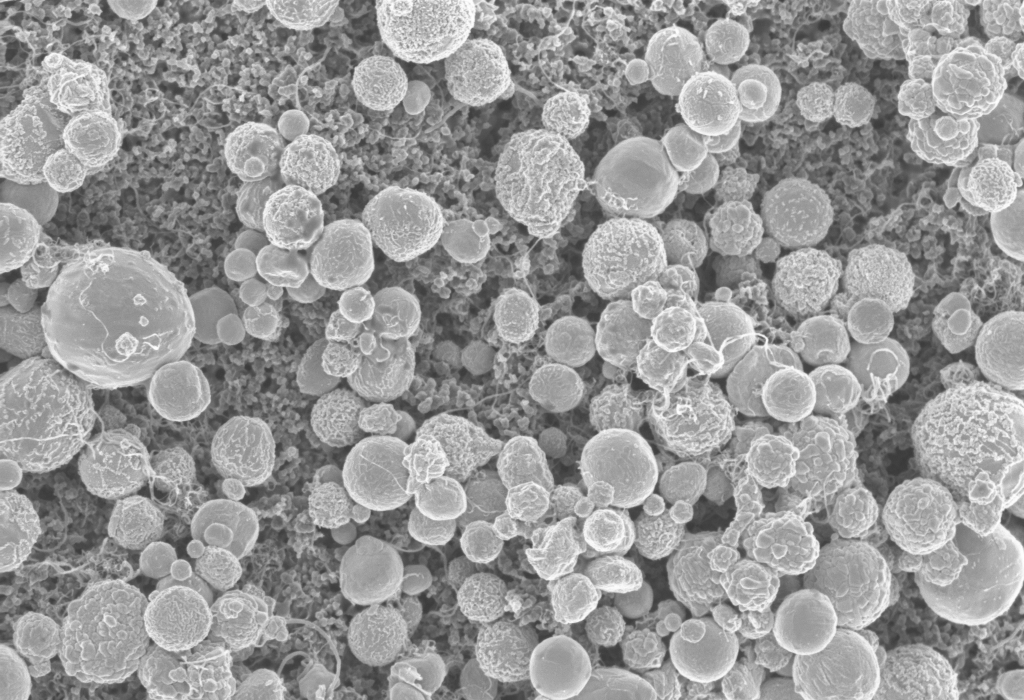