How do they align and emit fluorescence in an anisotropic liquid?

That was the staring point of the present study.

On our previous study [1], I got a chance to use a new fluorescent molecule called C-Naphox [2] as a fluorescent probe to clarify some defect structures in typical nematic liquid crystals, anisotropic liquids, showing schlieren textures. C-Naphox, which had been firstly synthesized by a group of Prof. Shigehiro Yamaguchi and Prof. Aiko Fukazawa at Nagoya University, Japan, is a phosphole oxide-based fluorescence dye. Especially, it shows outstanding photo-stability. which is a very useful property in fluorescence microscopy studies. When we started using C-Naphox as the dopant in nematic liquid crystals, we noticed that the dye was different regarding the anisotropy of the fluorescence from others, e.g., pyrromethene 597, that had been often used as probes in nematic liquid crystals to clarify the distribution of nematic alignment from their anisotropic fluorescence. More properly, C-Naphox shows negative fluorescence anisotropy, in which the polarised component of the fluorescence emitted by the dye in the perpendicular direction to the nematic director is the largest. On the previous study [1], we just used the property to uncover the local liquid crystal alignment direction without perusing the reason for the negative fluorescence anisotropy. Thus, the question remained: How do they align and emit fluorescence in an anisotropic liquid?

To clarify the relationship between the molecular structure of C-Naphox and the fluorescent anisotropy in nematic liquid crystal, a series of the analogues, phosphole oxide-based dyes, with different substituents has been investigated in the present study. Fortunately, we have observed that the anisotropy can be either negative or positive depending on the substituents that modulate their molecular shapes felt by nematic mean field. It clearly suggests that the substituents are key structural parameters to control the fluorescence anisotropy. Since the shape governs the alignment direction of the dye in nematic liquid crystals, the alignment of the transition dipole moment for fluorescence emission is also modulated by the shape. Thus, we tried to uncover the relationship between the molecular structures, shapes, and their transition dipole moment directions with the aid of theoretical methods (which have been separately developed by pioneers [e.g., 3-5]). Although slight discrepancy due to the limitation of the simple theoretical model has been found between experiments and theory, most of the results can be explained with the present model, which gave us pleasant surprise.

To discuss the results theoretically, we had to treat many equations regarding the optical anisotropy, molecular surface tensor, order parameter, etc.. When I was considering the constitution of the manuscript draft, there was a choice to omit them in the main manuscript and move to Supplementary Information. Even so, I believed that they are important to support the conclusions and submitted it with many equations in the main text, which might have decreased readability. However, a comment from one of our referees, “I would not suggest reducing the content as a whole because the details that are given seem important and helpful”, wiped the worry. We believe that some of the parts are really useful to estimate how general molecules or small anisotropic colloids, beyond fluorescent dyes, align in a nematic medium.

The paper in Communications Chemistry can be found here 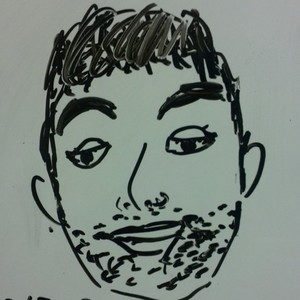