Single atom catalysts (SACs) which maximize the efficiency of metal atom use, are of particular interest for both fundamental studies and industrial applications. However, the grand challenge to successfully utilize SACs for industrial applications is to find practical approaches to strongly anchor a high density of single metal atoms on an appropriately-chosen support as well as to maintain the stability and functionality of the SACs during the desired catalytic reactions. Unfortunately, isolated metal atoms are thermodynamically unstable due to their high surface energy and thus prone to agglomeration as their surface coverage increases. Hence, it is highly desirable to develop a novel approach for the synthesis of stable SACs with controllable metal loading, which is both high and precisely tunable for further optimization of the catalytic performance of SACs.

To this end, we have devised a reliable method via the atomic layer deposition (ALD) technique for the preparation of stable high loading non-noble Co1/G SACs. This method also allows the density of the isolated Co atoms on graphene to be precisely tuned. Our results demonstrate that the chemically derived graphene acts as an ideal low-cost platform for the strong anchoring of individual Co atoms to the epoxy sites at the divacancy of graphene. In contrast to solution-phase deposition, the self-limiting surface reaction of ALD ensures that each Co precursor molecule is anchored on a single epoxy active site of graphene. Another unique finding of this study is that ozone treatment of the graphene support in the second pulse of each ALD cycle not only eliminates the undesirable organic ligands of the pre-deposited Co precursors, but also recreates active sites for the subsequent anchoring of the next batch of Co atoms. Hence, the anchoring sites on graphene can be repeatedly generated (within the first 5 cycles tested) by controlling the number of ALD cycles, allowing for the precise tuning of Co1 loading of Co1 up to 2.5 wt% without aggregation of the Co atoms. We believe that the stepwise approach developed here offers a versatile framework that could be extended to the precise tuning of metal loading in a wide range of single atom catalysis.

This work has been published in Nature Communications, see here 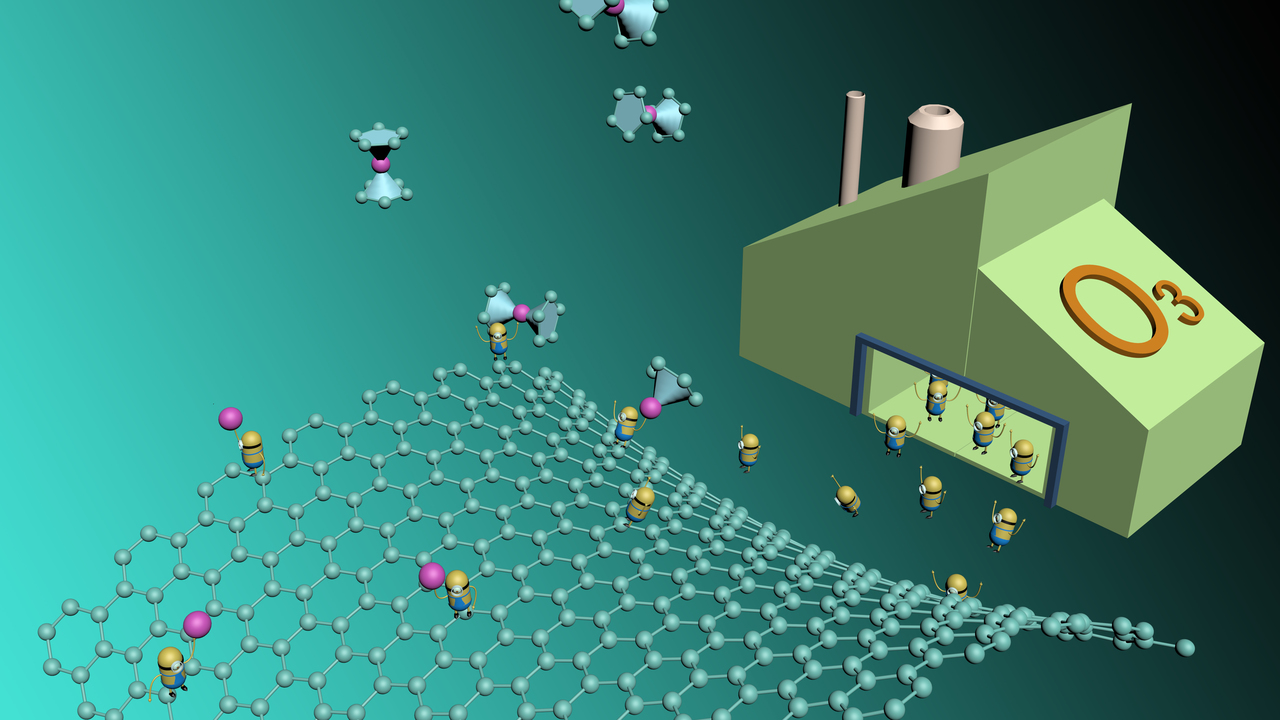 Controllable synthesis of single atom catalysts with sufficiently high metal loading remains challenging due to the tendency of agglomeration. Here we synthesize a series of stable atomically dispersed cobalt atoms on graphene with high Co loadings via the regeneration of active sites by atomic layer deposition.