Gas Phase Electrochemical Analysis of Amino Acids and their Fragments

It has been a long-standing aim for our group at UCL to apply the well-healed cornerstones of electrochemistry, to the gas phase. Much of the modern work in electrochemistry has its roots in the seminal work of Jaroslav Heyrovsky in the 1950s, who invented voltammetry. In this paper we describe electrochemical measurements in the gas phase of small organic molecules contained in flame plasma, using voltammetry.

Voltammetry remains the front-line technique for electrochemists to interrogate the properties of molecules or materials, however, the technique is almost entirely confined to the liquid phase. Gases have been viewed as uninteresting for electrochemistry, due to their rather good insulating properties. However, that does not mean that electron transfer in the gas phase has not been investigated! I have colleagues who look at electron dynamics in the gas phase, using elaborate instrumentation to investigate electron attachment/detachment reactions with various molecules. Of course, the basic physical processes they investigate are essentially the same as electrochemical reduction and oxidation. In this paper, we connect the two techniques by describing an electrochemical based technique to measured electron attachment in the gas phase.

The advance here is to consider the flame as a gaseous electrolyte for voltammetry. There are two main criteria for an electrolyte, (1) to act as a medium to support the flux of analyte to the electrode surface and (2) electrically conducting enough to complete the circuit between two electrodes. Flames, although they are weakly conducing satisfies both these criteria very well. In fact, in our investigations we used hydrogen/oxygen/nitrogen premixed flames, which are the simplest type of flames from the point of view of number of chemical species produced in the background combustion, which was an important factor.

This paper contains two talented PhD students' work, to describe a new kind of electrochemical analysis, based on gas phase voltammetry. The technology, developed at UCL chemistry, involves burning a compound(s) in a pure hydrogen flame and measuring the combustion products as an electronic spectrum. The strength of this technique is its sensitivity, which is achieved by the amplification due to the combustion process. A single chemical species is converted to a hot gaseous chemical ‘soup’, composed of hundreds of smaller breakdown products. It turns out that using a technique, a direct descendent of the Heyrovsky polarography, the unique ‘soup’ signature of breakdown products can be resolved to an electronic spectrum. The features on the spectrum provides the identity of the chemical species injected in the flame.
Unlike traditional spectroscopy or spectrometry, our methodology does not involve complex optics or vacuum chambers which are expensive to maintain. The beauty of the system is the simplicity which provides robustness; an essential element for any successful analytical tool. We showcase the method by unambiguously differentiating eight closely related amino acids, the building blocks of proteins, and some simple organic compounds such as alcohols and acids. We showed that it was possible to comfortably distinguish between all of the chemical species tested. 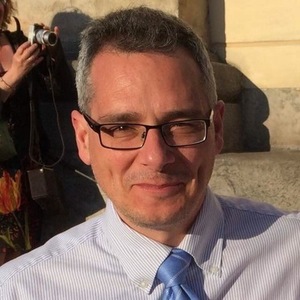