The low-cost and commerically abundant aromatic acids can be directly used as acyl group source without preactivation.

The paper in Nature Communications is here: go.nature.com/2woovhd

The research groups of Xie’s group (http://hysz.nju.edu.cn/xie) and Zhu’s group (http://hysz.nju.edu.cn/cjzhu) from Nanjing University designed a suitable medium capable of abstracting the oxygen atoms from carboxylic acids. Such a new concept of carboxylic acid activation could well realize the direct carbon-oxygen bond cleavage of the carboxylic acid, which would offer a novel activation mechanism for carboxylic acids. Moreover, the strategy would be independent of the oxidation potential of acids, and thus significantly extend the synthetic scope. Since trivalent phosphorus compounds played an indispensable role in deoxygenative reaction with the strong thermodynamic impetus of P=O bond formation, we populated whether trivalent phosphorus compounds might selectively abstract the oxygen atom from carboxylic acids. An insight into the classical Witting reaction inspired us to make further attempts. As shown in Scheme 2, the strong P-O affinity between a Ph3P radical cation and a carboxylate anion could facilitate homolytic C-O bond cleavage of carboxylic acids (Scheme 2).

In this work, we report a highly practical and unprecedented deoxygenative ketone synthesis from aromatic carboxylic acids and alkenes in aqueous solution enabled by visible-light photoredox catalysis. The cheap triphenylphosphine serve as an oxygen transfer reagent. This new catalytic system enables direct deoxygenation of aromatic acids to generate acyl radical in the presence of a broad variety of biomolecules. This new ketone synthesis strategy allows practical and friendly reaction conditions which significantly broadens the substrate scope, emphasizes the synthetic application in complex molecules and synthesize macrocyclic ketones. Based on the new deoxygenative mechanism, an unprecedented reductive three-component coupling reaction of amines, aldehydes and acids has been achieved. It offers not only an elegant strategy for the streamlined direct synthesis of structurally diverse ketones from abundant carboxylic acids, but also an unprecedented photoredox radical activation mode beyond the redox potential of carboxylic acids.

No pain, no gain. After an arduous experience, it is very exciting for us to achieve this great success. Also, we would like to express our heartfelt gratitude to the referees of Angew. Chem., who always gave very push and critical comments to our manuscript. This enables both our authors and the synthetic methodology stronger and stronger and finally be suitable for Nature Communications. 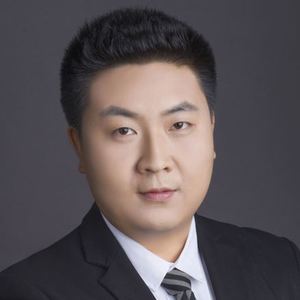