Photo-initiated radical polymerization of dimaleimide is used on a KCl to fabricate polymer fibres up to 1μm long. The chain-like polymerization is initiated from a two-dimensional gas phase and the molecule-substrate interaction facilitates a propagation of the polymer-fibre growth along a preferred axis of the substrate over long distances.

On-surface polymerization of organic precursors provides new possibilities to form highly-stable and atomically-defined nanostructures with desired properties. As emphasized by the Nobel Prize in Physics in 2016, awarded for early work in understanding topological phase transitions and topological phases of matter, the formation of artificial matter exhibiting properties controlled by their symmetry is very promising in nanoelectronics. This issue has been addressed by many research groups who performed on-surface reactions under ultra-high vacuum (UHV) conditions and on atomically clean single-crystal metal substrates. In this solvent-free environment, classical chemical reactions such as Ullmann type coupling, Glaser coupling, and many more have successfully been used to create well-defined and covalently bound organic 1D and 2D structures with dimensions of about 100 nm. However, for the basic building blocks of molecular circuitry to interconnect active devices there is a need to fabricate isolated nanowires with a length larger than 1 μm.

Other than length, the main limitations of structures fabricated to date for use in future nanoscale electronic and optical devices are (i) the use of metal substrates (for instance, leading to non-radiative quenching), (ii) the high number of defects in the formed covalent structures, and (iii) the side-products of some reactions that might remain on the substrate surface. This is why in our work we overcome these identified obstacles by using a side product-free 1D polymerization on an alkali-halide surface. This new concept is driven by light-induced radical polymerization, a classic chemical reaction pathway, but one which has never been transferred onto the surface of bulk insulators so far.

Dimaleimide molecules where deposited by physical vapour deposition under UHV conditions on potassium chloride (KCl) single crystal surfaces. The molecules form 2D self-assembled layers which slowly dewet to form large 3D organic crystals. During dewetting, the molecules can diffuse in large numbers on the surface to form a 2D gas phase. UV-light illumination will excite some dimaleimide molecules to form biradicals which, in the 2D gas phase, will easily meet other molecules to covalently bind and form biradical dimers. These biradical dimers are stable on the KCl surface and they serve as nuclei for the propagation of a radical chain-like growth at both ends of the growing fibre with a relatively low energy barrier. The growth of the fibres is only stopped by either surface defects or exhaustion of the precursor molecules. Highly-ordered and long nanofibres are formed due to the fact that the UV-induced radical polymerization is chain-like, that it is guided by molecule-substrate interaction, and that the reaction takes place in a diluted 2D gas phase acting as a reservoir of the precursor molecules rather than with an intermediate self-assembled structure.

Noncontact atomic force microscopy was used to evaluate the geometrical structure of the fibres formed on the KCl substrate and to test both their mechanical and thermal stability. A deeper insight into the reaction mechanism and the energy barriers involved is obtained by comparing the experimental observations with calculations, which revealed the strong localization of the active biradicals at the fibre ends.

We hope that with our work we will ‘initiate’ a completely new way to synthesize organic compounds on surfaces, especially on insulating substrates. 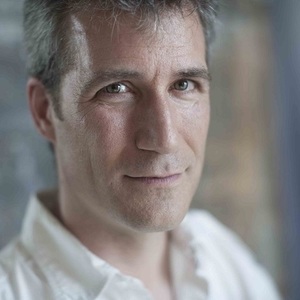