A high-throughput way to monitor the short-lived cationic species geneated in heterogeneous catalysis.

Cationic species are believed to be widely involved into the heterogeneous catalytic processes of alcohols dehydration. However, directly observing these short-lived species is still a big challenge due to the lack of efficient tools to deal with their instability and short lifetimes. Only limited numbers of cationic species are successfully observed up to now. Mass spectrometry (MS) is a powerful tool for ionic species characterization, yet its application in detecting the cationic species natively generated within heterogeneous catalysis is still under development. Recently, high performance mass spectrometers with high mass accuracy and resolution are rapidly developed and applied in analyses of complex samples, such as proteomics samples. In this work, we want to try if the Orbitrap MS can be also utilized in profiling the short-lived cationic species generated in catalytic alcohol dehydration.

Firstly, we have fabricated a catalytic reactor with separated heating system and relative big size, and the outlet of the reactor was connected to the Orbitrap MS inlet. However, the MS signal of cationic species was very weak and not stable. Therefore, we have to fabricate a micro catalytic reactor within a stainless steel union, and it was designed with a reaction chamber (1 mm I.D.×8 mm) for catalysts packing and a pre-heat chamber (2 mm I.D.×10 mm) for alcohol pre-heating and gasifying. The reaction chamber was directly integrated onto the ion transfer capillary inlet of Orbitrap MS. The temperature of the micro catalytic reactor could be adjusted from 373 to 723 K by controlling the temperature of the MS ion transfer capillary. After alcohol injection, the alcohol could be rapidly gasified due to the high temperature and low gas pressure (100 Pa) of the catalytic reactor. Then, the alcohol gas flow passes through the catalytic reaction chamber and directly come into the vacuum system of MS for cationic species profiling. Our micro catalytic reactor is far from the real reactors as utilized in industry, but it can significantly shorten the time that transferring the short-lives cationic species into the MS vacuum system and improve the possibility to detect them to the maximum extent. In this study, several hundreds of cationic species are observed during the heterogeneous alcohols dehydration on acidic zeolites and the elemental compositions of these species could be feasibly determined due to the high mass accuracy of Orbitrap MS. The generation of these cationic species might be attributed to the formation of complex hydrocarbon pool, and the alcohol dehydration cationic intermediates produced on the catalyst surface come into the gas phase and then ionize or react with the mixture of hydrocarbons and unreacted alcohols. As the cationic species could feasibly reveal the reaction activity and selectivity, this strategy exhibits great potential in catalyst development and reaction conditions refinements in the future. 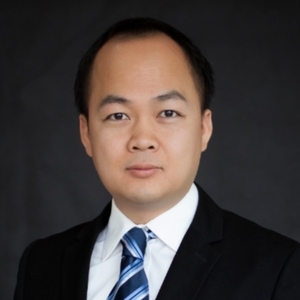