Menu
A community from Nature Research
Contributor
Behind the paper, Reactions

Carbohydrate Formation in the Absence of Biosynthesis under Interstellar Conditions

Sugars are essential molecules of life for energy and information storage. Ribose, for example, is part of the RNA backbone. But where do sugars come from and how do they form in the absence of a biomolecular machinery? One might speculate that sugars may have formed on early earth under the typical formose (or Butlerow[1]) reaction conditions that involve strongly basic aqueous formaldehyde solutions. However, there are several problems associated with this reaction because various aldoses and branched ketoses form in an uncontrolled fashion once the autocatalytic formose cycle has started. For the initiation one molecule of the simplest sugar, glycolaldehyde, is needed, but this very molecule is the first product of the Butlerow reaction. Hence, this leads to a classic chicken-and-egg paradox for this reaction under aqueous conditions. As glycolaldehyde has been detected in interstellar media by microwave spectroscopy recently[2] there must also be a gas-phase entry point into sugar-forming chemistry that does not require water, heat or strong bases.

We asked ourselves the question whether simple organic molecular building blocks like sugars, amino acids or nucleobases could form under interstellar conditions and be transported to (early) earth by meteorites to ultimately build up more complex, bigger macromolecules such as RNA.

Formation of simple sugars from the reactions of formaldehyde with its tautomer hydroxycarbene (top left). Front: Glyceraldehyde; top right: glycolaldehyde

In our article we demonstrate the selective formation of simple aldoses under interstellar conditions using hydroxymethylene (H–C̈–OH) as the reactive formaldehyde (H2C=O) isomer. Such reactions occur highly efficiently in the gas phase, even at the very cold conditions akin to interstellar space.

Formaldehyde is known as an interstellar molecule since 1969 [3] while hydroxymethylene has been generated in the lab for the first time only in 2008 [4]. There were several speculations in the past decades if this molecule also exists in interstellar media and if it reacts with formaldehyde in the gas phase to afford glycolaldehyde. In 2008 hydroxymethylene was trapped in a noble gas matrix at 12 K but surprisingly rearranges to its thermodynamically more favored formaldehyde isomer by a quantum mechanical [1,2] H-tunneling [5] process with a half-life of around 2 h, which may explain why this fleeting molecule had not (yet) been detected in interstellar media. We demonstrate in our study that hydroxymethylene indeed reacts with formaldehyde to glycolaldehyde and further to the triose glyceraldehyde, the next higher aldose. This result clearly shows that the bimolecular gas phase reactions between hydroxymethylene and formaldehyde or glycolaldehyde, are much faster than the unimolecular tunneling isomerization. We were able to demonstrate that these reactions occur through carbonyl ene reaction mechanisms evident from a crossover experiment between methylhydroxycarbene [6] and formaldehyde. The reaction is nearly barrierless and highly productive even at cryogenic temperatures likely to be found in interstellar gas clouds.

The next challenge is to answer the question how hydroxymethylene forms in interstellar media. One possibility might be by Fischer-Tropsch like surface reactions of H, C, and O or simply by the photoisomerization of formaldehyde itself. As glycolaldehyde forms through photolysis of formaldehyde, this seems to be a viable possibility [7]. 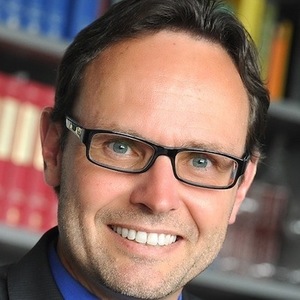