The field of 2D materials has blossomed over the past few years due to the promise for a variety of advanced applications of e.g. graphene and molybdenum disulfide. This intensified obviously the search for qualitatively new types of 2D materials. One particularly under-explored area of the 2D materials science is magnetism. Indeed, only recently, magnetic order was observed down to the single-sheet limit in the layered chromium(III) iodide. The combination of magnetism with the transport of electrons through a 2D material opens interesting perspectives for applications of 2D materials in nanoscale magnetoelectronics.

Coordination chemistry provides the necessary tools for tailoring such properties in, for instance, coordination solids and metal-organic frameworks (MOFs). A judicious choice of metal ion and organic ligand modules can critically affect the electronic energy level spectrum of the material and thus dictate the overall physical properties. In our just-published paper (Nat. Chem., 2018, DOI: 10.1038/s41557-018-0107-7) we show how a seemingly unexotic type of metal-organic structure can be tweaked to exhibit both extremely strong magnetic interactions and high electronic conductivity.

Pyrazine, C4H4N2, is one of the most commonly employed ligands to bridge two metal ions centers. This is well illustrated by the several thousand crystallographically characterized entries of such systems found in the Cambridge Structural Database. In these compounds, however, the magnetic interactions between the metal ions is promoted by the bridging neutral pyrazine. This rather long distance between metal-ions precludes any sizable magnetic interaction. Furthermore, why should an electron suddenly decide to move through such a pyrazine molecule to get from a metal-ion to another one? These are the key issues to deal with in order to synthesize metal-organic networks with high performances in term of magnetism (high critical temperature) and/or electrical conductivity. To exemplify how this may be achieved, we report the synthesis and characterization of a simple 2D coordination polymer based on pyrazine and Cr(II). The high reductive power of Cr(II) has important consequences on the physical properties of the final compound; CrCl2(pyrazine)2. Whilst pyrazine is usually not considered as a redox-active ligand, the Cr(II) ion is in fact able of providing a single electron to form a pyrazine anion radical and itself convert to chemically robust Cr(III). As evident from the chemical formula of the compound, CrCl2(pyrazine)2, only one of the two pyrazine molecules can be in this anion radical form. Remarkably, our experimental and computational results point toward identical pyrazine molecules which implies that the extra-electron is smeared over both pyrazines thanks to the actively engaged orbitals of the Cr(III). The macroscopic consequences of the conjugation of the pi- and d-orbitals are extremely strong magnetic interactions between the electron spins and high electrical conductivity. We estimate that these phenomena are not reserved to this compound and that our chemical strategy is general and can be applied to design e.g. novel 2D materials or porous 3D metal-organic frameworks in which electrons could be freely itinerant. 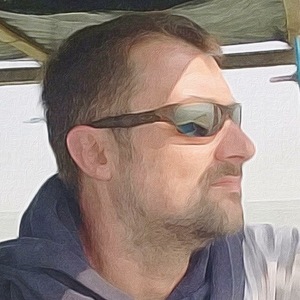