Inorganic crystalline microporous materials are important in catalysis. Zeolite is a typical example and has been widely used in catalysis for many years and achieved great successes in many reactions. However, zeolite is mainly based on main group elements, which limits the application of the material in redox-based catalysis. Therefore, expanding zeolite chemistry to transition metal is critical for expanding the catalytic applications.

Obtaining crystalline microporous transition metal oxides is a current endeavor of many research groups, but successful examples are rare. Some materials show 3D frameworks crystallographically, but the micropores are blocked and cannot be opened. Herein, we prepare a new zeolitic vanadotungstate (VT) family, which shows the full-transition metal oxide composition with opened microporosity. The structures of materials can be directed by structural directing agents, and two isomeric structures are obtained, VT-1 and VT-5.

For VT-1, four tetrahedrally linked W-O octahedra formed the building block, [W4O16], which were connected with six V ions in an octahedral fashion. The micropores were surrounded by eight-member rings. In the case of VT-5, the assembly manner of the [W4O16] units was different. Two [W4O16] units connected with each other via three V linkers, forming a secondary unit with a trigonal symmetry. Six V ions further linked the secondary units to form a porous network.

The micropore of VT-1 can be opened by calcination, which removed the occupied water. Surface area and micropore volume of VT-1 were 310 m2/g and 0.102 cm3/g, respectively. Pore-size distribution exhibited a narrow distribution with a diameter of 0.49 nm. Furthermore, the micropores of VT-1 and VT-5 were accessible to a variety of small molecules such as CH4, C2H6, C3H8, n-C4H10, H2O, CO2, acetone, methanol, and ethanol.

The material can be used as a catalyst for NH3-SCR. Compared with the traditional mixed metal oxide catalyst the material is much active at low temperature. The material is stable enough and it will not decompose after the catalytic reaction.

Please read our paper "A zeolitic vanadotungstate family with structural diversity and ultrahigh porosity for catalysis" in Nature Communications. 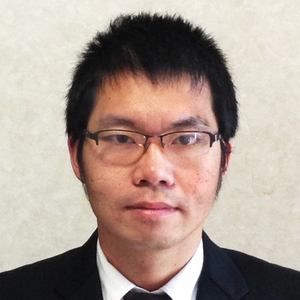