Since the discovery of benzene, aromatic compounds, which have structures and properties similar to that of benzene, have long played important roles in many fields of chemistry. In terms of the aromaticity, every bachelor student acquiring chemistry believes that aromaticity arises from delocalized π-orbitals composed of (4 n + 2) π-electrons, as is observed in benzene. However, aromaticity is not limited to that derived from π-electrons, which is denoted as π-aromaticity. Nowadays, σ- and δ-aromaticity arising from (4 n + 2) σ- and δ-electrons, respectively, have already been discovered by theoretical predictions and experimental studies. From a fundamental curiosity to expand the aromaticity, the next question is whether different types of aromaticity can coexist in a single molecule. Since theoretical prediction on a mysterious hypothetical molecule possessing σ- and π-double aromaticity was reported by Schleyer in 1979, experimental evaluation based on bench-stable σ- and π-double aromatic compounds has remained targeted. Inspired by the previous report on the synthesis of a hexaiodobenzene dication, though, which is still controversial, we independently designed a hexaselanylbenzene dication as a potential σ- and π-double aromatic compound, based on the three reasons: 1) its π-aromaticity is justified by a benzene ring, 2) cyclic delocalized σ-orbitals are possible because of the interactions between lone pairs on the selenium atoms, and 3) selenium compounds are oxidized easily. In fact, our previous calculations on the model compound, [C6(SeH)6]2+, predict its σ- and π-double aromatic character (see: J. Org. Chem. 2014, 79, 2640). We herein succeed in the synthesis, full characterization of a hexaselanylbenzene dication and the elucidation of its σ- and π-double aromatic character.

The σ- and π-double aromatic character of the hexaselanylbenzene dication, obtained by the oxidation of the neutral precursor (see: J. Sulfur Chem. 2009, 30, 469) with a nitrosonium cation, was elucidated by the criteria of aromaticity. The molecular structure determined by X-ray diffraction analysis reveals negligible alternation of the C‒C bonds in the central six-membered ring, indicating that the six-membered ring retains its original aromaticity. The selenium‒selenium and the selenium‒carbon (on the central benzene ring) distances are almost identical, indicating the structural equalization, characteristics of aromatic compounds. The magnetic properties of the dication also support its double-aromatic character. The σ-aromatic ring current shields the carbon atoms of the central benzene ring, as evidenced by the 13C NMR spectrum in the solid state. The calculated absolute magnetic shielding exhibits σ- and π-diatropic ring currents. The aromatic stabilization energy caused by the σ-aromaticity is estimated by quantum-chemical calculations.

We demonstrate the dication possesses σ- and π-double aromatic character arising from cyclic σ- and π-symmetric delocalized orbitals, formally occupied by ten and six electrons, respectively. The aromaticity thus follows the 4n + 2 (n = 1, 2, …) electron Hückel rule, regardless of the σ- or π-orbital symmetry. The results presented herein expand the concept of aromaticity, and may even represent a breakthrough in materials science, considering that they should aid the development of the next generation of π-aromatic systems.

Our paper “Double aromaticity arising from σ- and π-rings" published in Communications Chemistry can be read from here. 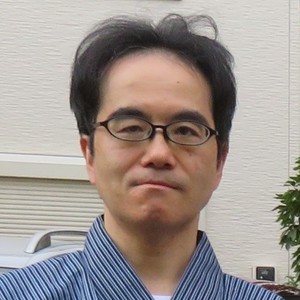