Figure 1 | A solvatochromic COF. a, Structure model of the framework with a pseudo-square pore geometry. b, TD-DFT derived electron density shifts of the lowest-energy optical transition. c, Humidity-dependent absorption changes of an oriented COF thin film.

Imine-linked COFs like the pyrene COFs that we employed in our study are wide- or medium band gap semiconductors. Due to the polar imine bonds and, if desired, incorporated donor and acceptor sub-units, the electron density is not evenly distributed across the framework. Especially the lowest-energy optical transitions involve considerable electron density shifts from the more electron rich to the electron deficient regions. Since the electric field generated by this charge transfer is screened more effectively by a polar environment, the energy and thus the absorption and emission spectra of the corresponding transition are sensitive to the local polarity. This effect, which has previously been studied mostly for dye molecules in solution, is known as solvatochromism.

While this polarity-dependence is the case for any donor-acceptor-type organic semiconductor, the unique property of COFs is that they are porous on a single-molecule length scale. In contrast to non-porous molecular or polymeric semiconductors, however, each building is surrounded by the pore on at least two sides. Hence, its local environment is not constant, but depends on what is incorporated in the pore.

We reasoned that combining the solvatochromic effect with the benefits of an insoluble and stable COF would create an exciting new adaptive material. We confirmed that the colour shifts of our solvatochromic COFs are solely a response of the electronic structure to polarity changes of the pore medium and do not involve any chemical reactions or structural changes. The latter is essential for realising very fast response times and stability over at least several thousand cycles.

In order to demonstrate the potential for application, we constructed a humidity sensor device, in which the solvatochromic COF thin film serves as a vapour-sensitive light filter between a green light-emitting diode (LED) and a light-dependent resistor (LDR). In a dry atmosphere, the COF film is nearly transparent for the LED light, whereas with increasing humidity the absorption onset red-shifts into the emission range of the LED and thus reduced the LDR signal.

Figure 2 | A COF-based humidity sensor. The green LED (back) light is modulated by the solvatochromic COF (orange/red) and detected by the LDR (front).

By combining the semiconducting framework with the regular molecular-scale porosity of a donor-acceptor COF we have constructed a new class of stimuli-responsive materials in which the electronic properties can be switched reversibly via trigger molecules. 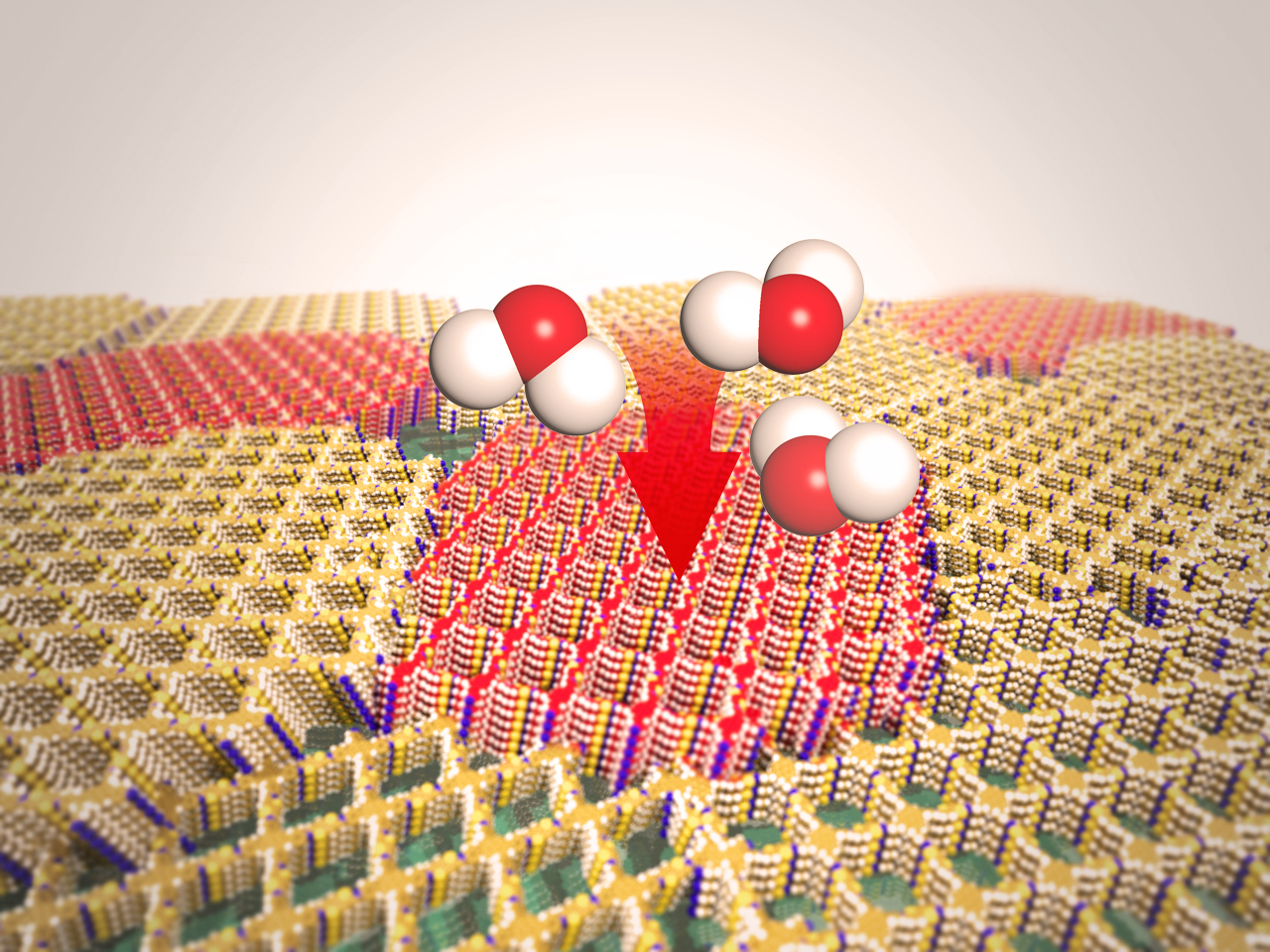