Fatty acids have been thought as the sustainable alternative of petroleum feedstocks for alkene synthesis. However, all efforts so far required at least one stoichiometric additive, which is an obstruction for applications on scale. The primary motivation of our project was to develop a catalytic system for alkene synthesis from fatty acids.

When I came up with the proposal for this project employing a combination of photoredox catalysis and proton reductive catalysis, I was not confident that it would get approval by Prof. Ritter because photochemistry is not what we typically do. However, Prof. Ritter told me that solving problems comes first: If photoredox catalysis can be applied to solve this problem, we use it.

We soon established optimal conditions. Fatty acids were converted into the corresponding linear alpha olefins without any stoichiometric additives, which distinguishes our work from previous in this area. These results matched our primary goal and offered a blueprint for alkene synthesis from fatty acids in a sustainable way, at least in principle.

As the late-stage functionalization is a main topic in the Ritter Group, we also evaluated if the methodology could work on modification of drug molecules and complex natural products, which worked well, and now constitutes the main part of the final manuscript. For complex substrates, we did not see the need to avoid all other reaction constituents in substoichiometric amounts, for example a full equivalent of carbonate base was used for convenience. Yet, no stoichiometric additive was our original goal in that we wanted to show that, at least in principle, our approach could be used for the synthesis of alpha olefins from renewable feedstocks, only using catalysts. So then the question remains if our manuscript is really about late-stage or about large scale?

There is no simple or correct answer to this question. The reaction as it stands cannot be used for manufacturing of olefins on a large scale, but we were excited when we could show that there is a conceptual way of using renewable resources to making alpha olefins without stoichiometric waste, not considering the CO2 and H2 (and solvent, which is a big oversight if we really want to analyze the suitability for sustainable chemistry). Nevertheless, we were able to provide the blueprint, which, hopefully, can serve as a stepping stone to further research in the field.

With the reaction developed, which really was only a combination of great research that had been pioneered and executed by others, namely photoredox catalysis on carboxylic acids and proton reduction catalysis, we evaluated the reaction to transformations that we care much about as well, the functionalization of complex small molecules. And we were very pleased that the transformation performed well, which is really just another testament on how well photoredox catalysis and proton reduction can work in complex settings.

You can find more details about the work on Nature Chemistry.

Written with help and edits from Prof. Tobias Ritter. 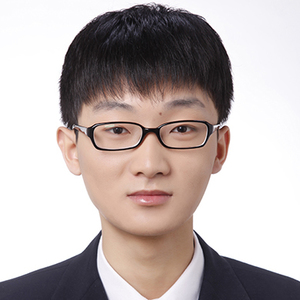