How do we know what happens at interface?

We investigated the charge-transfer behaviour in metal/MOF nanostructure (Pd@HKUST-1) and obtained new information on the interfacial electronic states.

The paper in Communications Chemistry is here: https://go.nature.com/2P1560E.

How can we obtain the interface information?

An ideal system without the interfacial interaction would be necessary, but it cannot be realized experimentally. Therefore, we utilized the Kerkhof—Moulijn model (J. Phys. Chem. 83, 1612-1619 (1979)) of composite catalyst to describe the Pd@HKUST-1 system without considering interfacial interaction. We succeeded in evaluating the deviation of the real experimental spectrum of Pd@HKUST-1 from the summed spectrum of Pd and HKUST-1 spectra according to the model.

How can we understand the deviation resulted from the interface?

The deviation suggested that the charge transfer originates from Pd 4d bands to HKUST-1. But HKUST-1 structure is complicated, including Cu, O, C, H atoms and organic group. The interface structure is mostly related to Cu atoms from HKUST-1 as calculated by Prof Koyama’s group in Kyushu University (J. Phys. Chem. C 121, 14611-14617 (2017)). We compared the spectrum of HKUST-1 with the reference samples, such as Cu, CuO, and Cu2O. The similarity of HKUST-1 and CuO indicated the Cu-O hybridization bands in HKUST-1. After understanding the spectrum change from CuO to Cu2O (Phys. Rev. B 94, 245418 (2016)), we realized that the features also appear in the spectrum of HKUST-1 and Pd@HKUST-1. It means that the electrons in Pd 4d band is transferred to the Cu-O hybridization bands, resulting in the reduced copper valence in Pd@HKUST-1.

We discussed the HAXPES spectra comparing with the calculations using the density function theory. The interfacial density of states of Pd@HKUST-1 is distinguish from the bulk states. The calculation results confirm that the interfacial effect is presented not only in the valence bands, but also in the conduction bands related to Cu and O. We also used near edge X-ray absorption fine structure (NEXAFS) to detect the Cu L edge and O K edge. The spectrum features enhance Cu-O hybridization HKUST-1 and the reasonable shift of Pd@HKUST-1 confirmed the valence change from Cu2+ to Cu+.

Finally, we semi-quantitatively explained the enhanced hydrogen capacity of Pd@HKUS-1 and discussed the design of metal/MOF system for the better synergistic functionality. 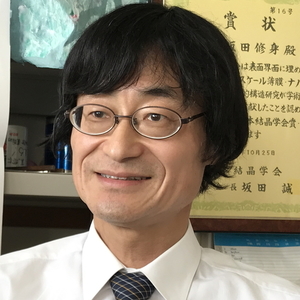