In the old days but actually not so long ago, when I was at the start of my scientific career, my friends who were out of the research world kept asking me “So you publish in scientific journals? Cool, how much do you get paid per article?” I had to explain to them that scientists are not freelance journalists and that the aim of publishing is actually not to make money on that. They did not look very convinced, smiling in disbelief. Those days, however, I would have raised my eyebrows in equal disbelief if someone had told me that one day I would publish for a fee.

Indeed, I have never considered paying for my publication. But finally this day has come: I decided to publish my study in Nature Communications, the first Nature-group open access only journal. I had to scratch my head for a while to figure out how to pay the article processing costs (APC). Finally, after brainstorming various possibilities with my boss and collaborators from another institute we decided to split the check between two research teams. After all, I am satisfied with the choice of a top-notch, well-recognized, prestigious journal. The article was immediately noted and appreciated, but I must confess I have still very mixed feelings about the model of publishing.

Let me state it clearly and to the point: I am an ardent supporter of the Open Access (OA) movement since its very inception. I still remember how difficult it was to get a copy of a paper in a pre-digital era if only the volume I was searching was out of stock of my university library. Inter-library loans existed, but the supply times were so pathetically long that sometimes I asked my colleagues from other research facilities to do me the favor of photocopying the article of interest and sending a copy to me by regular mail. Or I kindly requested a copy from the corresponding author. This may sound odd and almost unbelievable, but it was the reality.

During the past two decades, with the advent of the internet and digitization, the world of scientific publishing has undergone a dramatic change. The cluttered piles of paper stored for years on office desks have virtually disappeared giving way to neatly organized pdf files in our computers – ‘green’, easily searchable and extensively cross-referenced with hyperlinks. On the transfer of knowledge from bookcases to servers we have passed the point of no return. Still, a subscription model did not change much. The papers have gone paperless, but they mostly remained locked behind a paywall. In the meantime, facing rising subscription prices, many libraries had to substantially cut down the number of subscribed journals. For those not lucky to have an access, there was no other option but to go back to the old tricks – directly asking authors of the articles and hassling more fortunate colleagues – or exploring new opportunities: browsing preprint repositories (like arXiv) or… using illegal services offering pirated papers for free, like for example the (in)famous Sci-Hub (nota bene: Alexandra Elbakyan, the founder of Sci-Hub, was listed by Nature among the top ten people that mattered in science in 2016).

In this new reality OA might seem a panacea against access inequalities and pathologies, practical realization of a famous slogan “knowledge wants to be free!”, advocating sharing the results of scientific studies as widely as possible and without any restrictions. Indeed, my first experience with OA was entirely positive. I was invited to submit a paper to the special issue of a decent (not the very top, but reputable) scientific journal. All the articles published in this issue were OA and all the costs were covered by the editor, which offered an additional incentive to the authors.

But then, things have moved in a direction that turned upside down my view on the OA model, or better said, tarnished its charm. The growing importance of the APC in publication process meant passing costs from libraries on to authors, which gets us right back to where we started: someone has to pay for the rights to access and distribute resources. That created a fertile ground for ill practices like the poor quality or even fraudulent predatory journals that are willing to publish anything they receive for a fee. And even leaving out shameful, dishonest and exploitative strategies of greedy publishers, the APC issue in completely open access journals generates enough problems to warrant continued search for an alternative. Usually the publishing fee is covered by grants (for those lucky enough to get them), but it often presents a formidable and sometimes impassable barrier, mostly for early carrier scientists and researchers in countries where science is underfunded. While some publishers may reduce or waive the fee in cases of hardship, such an ad hoc system is subjective and arbitrary in nature, raising doubts and objections. Moreover, there is yet another caveat: the APCs are varied spanning from symbolic amounts to substantial sums. While the height of a journals’ open access fee usually reflects the journal selectivity (the APCs paid for the accepted papers has to cover the costs associated with all submitted manuscripts, also the rejected ones), it also usually correlates with the journal impact. For a moment, let’s consider a world in which all the journals are open access (and the APCs apply). In this case only the authors who could afford paying the fee would be able to publish in the highest-rank journals, which in turn would increase their chance to be awarded new grants, eventually helping them to cover the APCs, so the wealth gap would widen further… sounds familiar?

It may be a cliché, but that is exactly how I would summarize this entire issue: science is not a business. Not all science can be commercialized. As Sarah Kember has noticed, one cannot simply substitute the “reader pays” model of publishing with the “author pays” model. Neoliberalism turned the whole world into marketing putting the economic value in the first place, and scientific publishing is not being spared from that logic. There are no easy alternatives but I feel that the other options should be actively sought and explored. The ingenious Russian mathematician, Grigori Perelman, who lives a life of an eccentric recluse after being disappointed with the ethical standards of the scientific establishment, has published his most recognized achievements solely in arXiv, avoiding both access restrictions to the readers and article processing charge. This unorthodox decision stirred a lot of controversy – no wonder, as arXiv is just a repository and the contributions are not peer reviewed. I would not encourage anyone to behave like Perelman. He had to be kind of a rebel, showing a middle finger to both toll access model and publication fee policy in such a spectacular way. And although some can call this gesture an idealistic naïveté akin to Don Quixote's, nobody can ignore it. 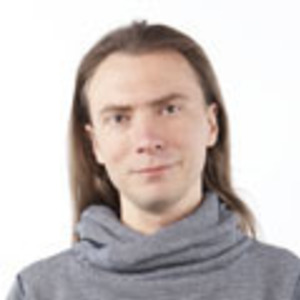 I am studying effects of high pressure on matter, ranging from elements to proteins. My research aims to better understand chemistry at extreme conditions, which often goes beyond textbook knowledge and requires to revise the working models.
Follow

Chao Gao
over 2 years ago

Kamil F. Dziubek
over 2 years ago

I admit the utopian vision you paint is tempting, but let me look at it with a more skeptical eye. Providing everyone limitless access to the resources is not sufficient to maximize the impact of science and technology in the modern world. For example, predatory journals have done a notoriously bad job of creating chaos, confusion and misinformation by spreading pseudo-scientific fake news. Therefore, all the contributions must be rigorously evaluated to safeguard against ‘bad apples’ or, in case of some fraudulent publishers, ‘bad apple trees’. Critical assessment is the role of legitimate academic publishers, who are not only merely ‘intermediaries’ that pass on knowledge, but - to use Bruno Latour’s terminology - are ‘mediators’ that, through a process of editing and on the basis of feedback from peer review, are able to select, transform, shape and curate content enforcing ethical standards, guaranteeing scientific soundness and suiting the needs of the global research community.

This requires the continued hard work of teams of people, professionals who should be paid accordingly. So who is going to bear the costs? If the readers, then we are back to pay-per-access model. If the authors, then the costs may be not affordable to everyone, favoring well-resourced groups from developed countries in the way I have shown in my post. It is hard to find the golden mean, but I am afraid there is a fine line between a utopian full OA heaven and a dystopian hell of growing inequalities.

Puthusserickal A Hassan
Listen to Manuel Llinas’ decision to leap into the frontiers of open access!