A perspective on scientific publishing and the benefits of open access.
Ibon Santiago
Postdoctoral Research Fellow, Technische Universität München, Department of Physics.
Follow
Like Liked by Ibon Santiago and 2 others
0

Before the creation of scholarly journals to publish scientific findings researchers engaged in correspondence to communicate and claim priority in their discoveries. Galileo sent letters to contemporary astronomers like Kepler, to claim priority in the discovery of the moons of Jupiter (Medicean stars).

Eventually, the secretary of the Royal Society Henry Oldenburg started publishing some of the letters he received in the form of a journal as we are familiar today [1]. The purpose was to have a registry of discoveries and archiving, as a well as a tool for dissemination and impact of discoveries. This represented a first revolution in scientific publishing, aided by the advent of the printing press.

One of the earliest scientific journals is the Philosophical Transactions (Phil Trans) of the Royal Society. Phil. Trans. pioneered the subscription journal model and the peer-review system. At first, journals were owned mainly by scientific societies and they published scholarly research for the benefit of their members. Although it added value to the scientific community, publishing journals was not a very profitable enterprise because of high expenses. It wasn’t until the 20th century that commercial publishers entered the world of scientific publishing, due to a high demand of new journals that would cover emerging research fields. The apparent non-lucrative business led to what librarians call the “serials-pricing crisis”, resulting in costly subscription prices growing faster than the inflation rate.

In this context, libraries and academic institutions, even the ones with a large budget, cannot afford to subscribe to all journals. They have to choose which journals to subscribe to, or sometimes even cancel many subscriptions to meet budgetary demands. This leaves a long list of publications inaccessible to the reader. The Bodleian Library (University of Oxford) alone spends more than £2 million per year in subscription fees to the ten largest publishers of academic journals [2]. Institutions are often involved in complex negotiations with publishers around the price of their license and how limited the reuse of content should be.

Beyond the financial dimension to this problem, high subscription fees also raise ethical concerns, as access to information for readers, students and researchers is at stake. Constraining access to knowledge harms the creation of knowledge itself and does not contribute to effective scientific communication.

The Digital Age has triggered another change in scientific publishing, namely the open access publication, thanks to new digital tools and the internet. In Open Access (OA) journals the costs of accessing articles are not paid by readers, thereby removing a powerful artificial barrier to dissemination that was not possible with printed journals. [3]

Although there is still a general misunderstanding of the open access jargon, many funding agencies are discussing the adoption of new regulations (e.g. Plan S, Horizon 2020, ERC), which will make it mandatory for publicly funded research to be open access. However, Article Processing Charges (APC) can be excessive if not supported by the funding agencies or employers. To encourage researchers to take the OA route, Open Access today generally takes two complementary forms: Gold Open Access, which encourages publishers to adopt open access policies and Green Open Access, which asks researchers to self-archive their works in university repositories. Gold Open Access normally comes associated with Article Processing Charges to be paid by the author or the author's employer or funder and makes the work openly available at the time of publication. This has been the model adopted by the new Communications journals of the Nature Publishing Group. Green Open Access, on the other hand, is cost-free and makes the outcomes of the research available in a public repository, subject to embargoes dictated by the journal where the research was published.

Open Access offers to create a cheaper and more efficient system of scientific communication. However, we are still at an early stage to gauge its advantages, as the subscription-based model continues to dominate. More than 80 percent of articles continues to be published under the subscription model, according to Elsevier [4].  This means that researchers advocating for OA will still need pay for subscription journals, on top of the publication fees of their articles. While the benefits of OA regarding dissemination and impact are hard to challenge, it will remain to be seen if OA will become more cost-effective or will increase the budgetary burden of researchers.

As more OA publications become available online, they compete for visibility and may not attract a large audience automatically. Non-research content, as well as the boundless growth of predatory journals will become a threat to the maintenance of curated and high-quality scholarly publications.

All the same, scientists should have the academic freedom to choose the journal where they want to publish. With more researchers choosing the OA route, then perhaps the era that started with the Phil Trans 353 year ago and the subscription-based model will be replaced, favouring a new open access culture in scholarly publications.

Thanks to Amalia Gonzalez for help with illustration Kaiola ireki (2018). 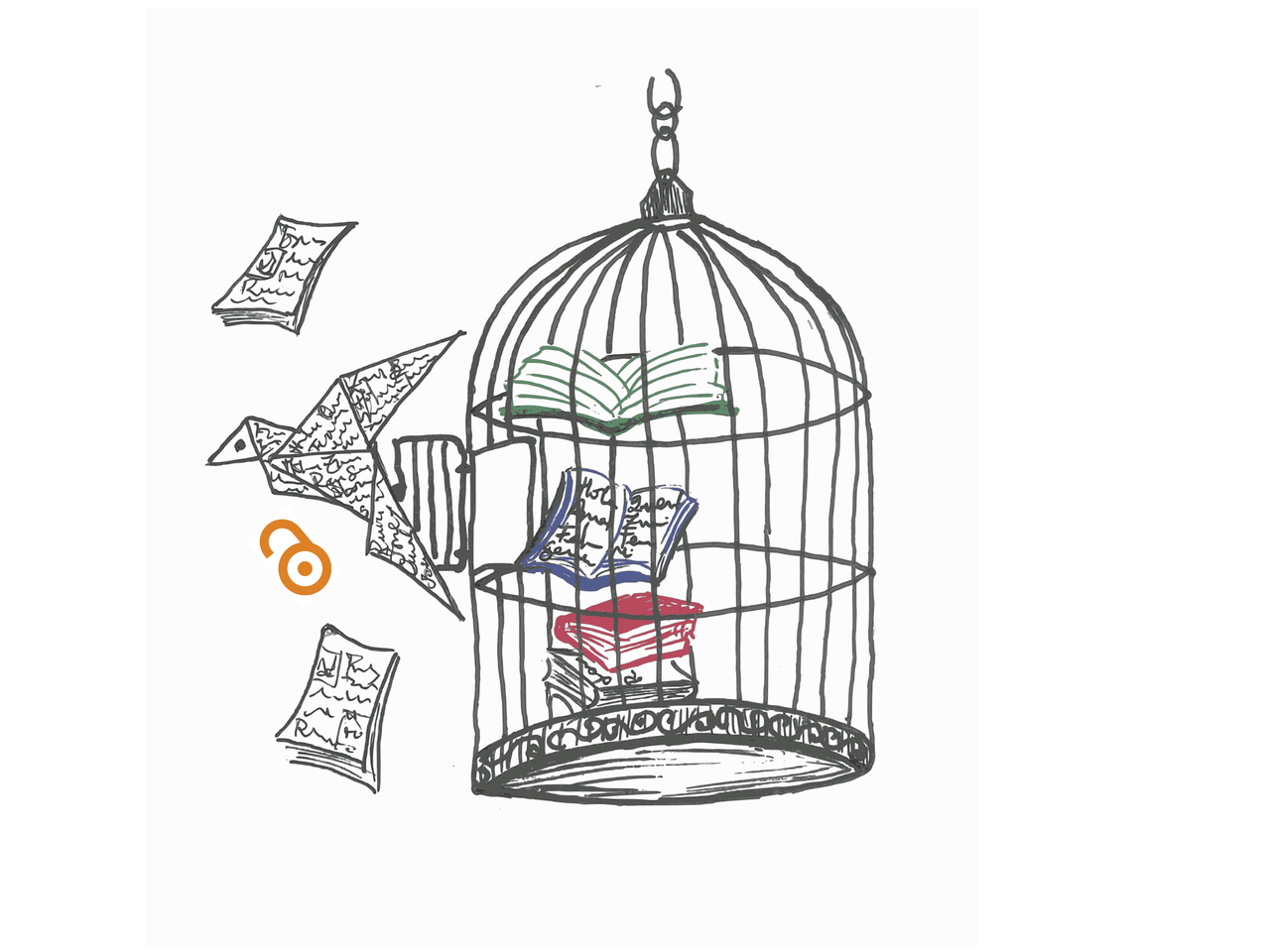 A perspective on scientific publishing and the benefits of open access.