Mn catalysts of the type Mn(bpy)(CO)3X are extremely promising CO2 reduction electrocatalysts. They show remarkable selectivity for the conversion of CO2 to CO in the presence of an acid, at moderate overpotentials and they are made from abundant materials.

We have started working with Mn electrocatalysts in 2013, and immediately became fascinated with the mechanism, like so many other groups who have dedicated really nice studies, both experimental and theoretical, to unravel it. What makes this class of catalysts so selective to CO2 rather than protons? And why do these catalysts need an acid source to be active, when their famous Re analogues do not?

Answering these questions goes beyond simple scientific curiosity; having a detailed knowledge of what makes a catalyst tick is an extremely useful tool as it allows for the rational design of improved catalysts. Electrochemistry in itself can only go so far, and more and more commonly it is coupled with some type of spectroscopy in order to gain deeper insights into catalytic processes, particularly in cases where there is one or more chemical step associated with a reduction or oxidation. However because electrochemical reactions occur at the surface of the electrode, it is very challenging to disentangle the contributions of surface active species from those in the bulk of the solution.

VSFG (Vibrational Sum-Frequency Generation) spectroscopy is a wonderfully useful technique to study interfaces. It is inherently surface selective, which means that any contribution from the bulk is suppressed. SFG spectroscopy has been used to study electrified interfaces in a few studies, mainly for either model surfaces or complexes chemically bound to the electrode surface. We have been working on applying this technique to the study of molecular catalysts and found that it is possible to observe the chemical changes occurring during a cyclic voltammogram, and therefore really delve into the electrochemical mechanism of a complex. What is more important is that we were able to demonstrate that VSFG can be applied to real electrochemical systems, including catalysts in solution, without the need to modify the electrode surface or the catalyst itself.

Actually making the experiment work was hard work! We spent many long days at the Central Laser Facility in Didcot trying to find an SFG signal first from a ZnSe crystal, then a gold mirror, and finally it was time to align the SEC cell. All of our efforts were rewarded when we saw the first true in-situ signal coming from our species in solution, it was midnight on a Thursday!

By using our in-situ VSFG spectroelectrochemical set up we were able to study the mechanism of Mn(bpy)(CO)3Br under CO2 in the presence of various acids, and we found experimental evidence of a catalytic intermediate that was proposed to form during the so-called protonation first pathway. Furthermore we found that the presence of this intermediate was highly dependent on the type of acid used. We really hope that these findings will be useful to the community in order to target new improved catalysts, and we are now striving to apply VSFG to a wider range of electrochemical systems.

Our paper published in Nature Catalysis "Detection of catalytic intermediates at an electrode surface during carbon dioxide reduction by an earth-abundant catalyst" can be read here,https://www.nature.com/articles/s41929-018-0169-3 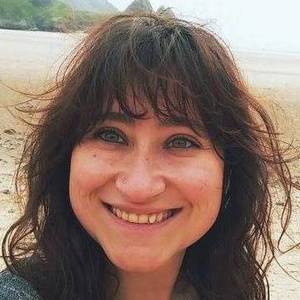