Decoquinate is a drug used in veterinary practice, which displays antimalarial activity in vitro but has poor bioavailability. Here, the authors convert decoquinate into more soluble amide and carbamate derivatives and assess their efficacy against tuberculosis bacteria and apicomplexan parasites.

Impetus to the work described in the paper was provided by the potent activity that ethyl 6-(decyloxy)-7-ethoxy-4-hydroxy-3-quinolinecarboxylate - better known as decoquinate (DQ) - exerts against apicomplexan parasites. The detailed analysis of use and safety of DQ for prevention of coccidiosis in poultry in the journal of the European Food Safety Authority (EFSA) makes for interesting reading (ref. 1). It is noted that DQ is poorly soluble in water (0.06 mg/L), less so in aqueous buffer at pH 4-9 (< 0.01 mg L-1). From a 'drug-likeness' perspective, it is difficult to imagine a less tractable substance, evidently due to, and complicated even further by, the long saturated and floppy necklace of the decyl side chain – quite a number of rotatable bonds there! We are all aware of Lipinski Rule of 5 (MW, no. of H-bonds, lipophilicity, solubility etc. ….. perhaps also for optimization, supervisors <50 years old, PG student >15 but <50 y.o. etc…?) – the Ro5 has been criticized, but it does make us appreciate at the very least what 'drug-likeness' is about, and how we should best enhance this through chemical modification of DQ. So this is the work Richard Beteck conducted as part of his PhD programme at North-West University (NWU), Potchefstroom in the group of Prof. David N'Da in the Centre of Excellence for Pharmaceutical Sciences in an incipient sense, converting the ester into more polar less-readily metabolized amides, adding lipophilic alkyl groups at N-1, and preparing O-quinoline derivatives decorated with the polar carbamoyl group, in all cases using straightforward chemistry – if we are indeed to develop new serviceable and practical drugs for TB or malaria, we must use economical chemical transformations. The work was carried out as part of the SA MRC Flagship Project MALTB-Redox directed from NWU, and involving collaborating groups in local and overseas universities.

DQ, with trade name Deccox, is most conveniently applied as an additive to poultry feed. When DQ is incorporated at 0.6% by weight into the feed, approximately 20-40 mg of DQ per kg of the feed consumed is delivered. DQ appears to have a benign toxicity profile – it is unlikely to be a carcinogen either by genotoxic or non-genotoxic mechanisms (ref. 1). Interestingly, it was noted that "most strains of bacteria appear resistant to the effects of decoquinate at concentrations of >64 mg/L, substantially higher than the concentration of decoquinate expected in the digestive tract" and "consequently, any effects on the bacterial flora of chickens is likely to be minimal……it is also very unlikely that the use of decoquinate would result in cross resistances with clinically important antimicrobial compounds" (ref. 1). The importance of these comments in relation to evolution of antibiotic resistance aside, the evident lack of antibiotic activity of DQ is indeed significant in the context of activity of our N-alkyl amide derivatives - the best compound (compound 16) has an MIC90 of 1.25 μM or 0.522 mg/L against the TB bacterium Mycobacterium tuberculosis (Mtb); indeed as far as we are aware, DQ itself has not been screened against Mtb. The reason why our DQ derivatives were screened against Mtb was because current second line treatment of TB actually utilizes fluoroquinolones ciprofloxacin, gatifloxacin and others that incorporate the quinolone scaffold of DQ, albeit decorated with rather different substituents.

Activity of DQ against the apicomplexan parasites that cause malaria is thoroughly established, although considerable effort has been expended in developing formulations that enhance bioavailability. As in the case of veterinary parasites (ref. 2), activity against malaria parasites is synergized by pyridones, as described in early patents involving murine models of malaria, providing that compression tablets containing polyvinylpyrrolidone (PVP) are used (ref. 3). Much more recently, formulations containing nano-particles of DQ prepared with surfactants such as PVP were shown to improve bioavailability, and when applied to mice infected with malaria inhibited liver stage development, and exerted prophylactic activities (ref. 4). Finally, a patent describes DQ prodrugs adroitly designed to greatly enhance 'drug-like-ness' of DQ and break down in situ; these were evidently active against malaria and other apicomplexan parasites (ref. 5). In all cases, the target appears to be parasite mitochondrial electron transport (ref 6). However, for the TB active N-alkyl DQ amides of our paper, bacterial respiration is not involved.

Preliminary data indicates relatively long half-lives for these compounds, and thus we do have potential early lead drugs for TB. For the O-quinoline carbamates, e.g. compound 22 in the paper, so active against malaria and the other apicomplexan parasites, we are not yet able to state whether these serve as prodrugs for DQ in situ, but the compounds are stable, and crystallizable from protic solvents, thus differ-entiating these from other quinolone prodrugs (cf. ref. 7).

For once, we were able to pin down structures of the best compounds by fruitful collaboration involving the high-field NMR and X-Ray groups at the Hong Kong University of Science and Technology; hats off to Prof. Ian Williams and the X-Ray group there for providing what appears to be the first X-ray structure of a decoquinate derivative – what a wonderful example of van der Waals interaction aligning the otherwise floppy and disorganized decyl side chains in the unit cell of compound 16 (Figure 5 in the paper). The big question though is, why is compound 16 so active against TB, whereas others, including the soluble and simpler DQ amides are not? Interesting times lie ahead.

1. The EFSA Journal 17 (2003), 1-40: Opinion of the Scientific Panel on Additives and Products or Substances used in Animal Feed on a request from the Commission on the coccidiostat DECCOX in accordance with article 9G of Council Directive 70/524/EEC. 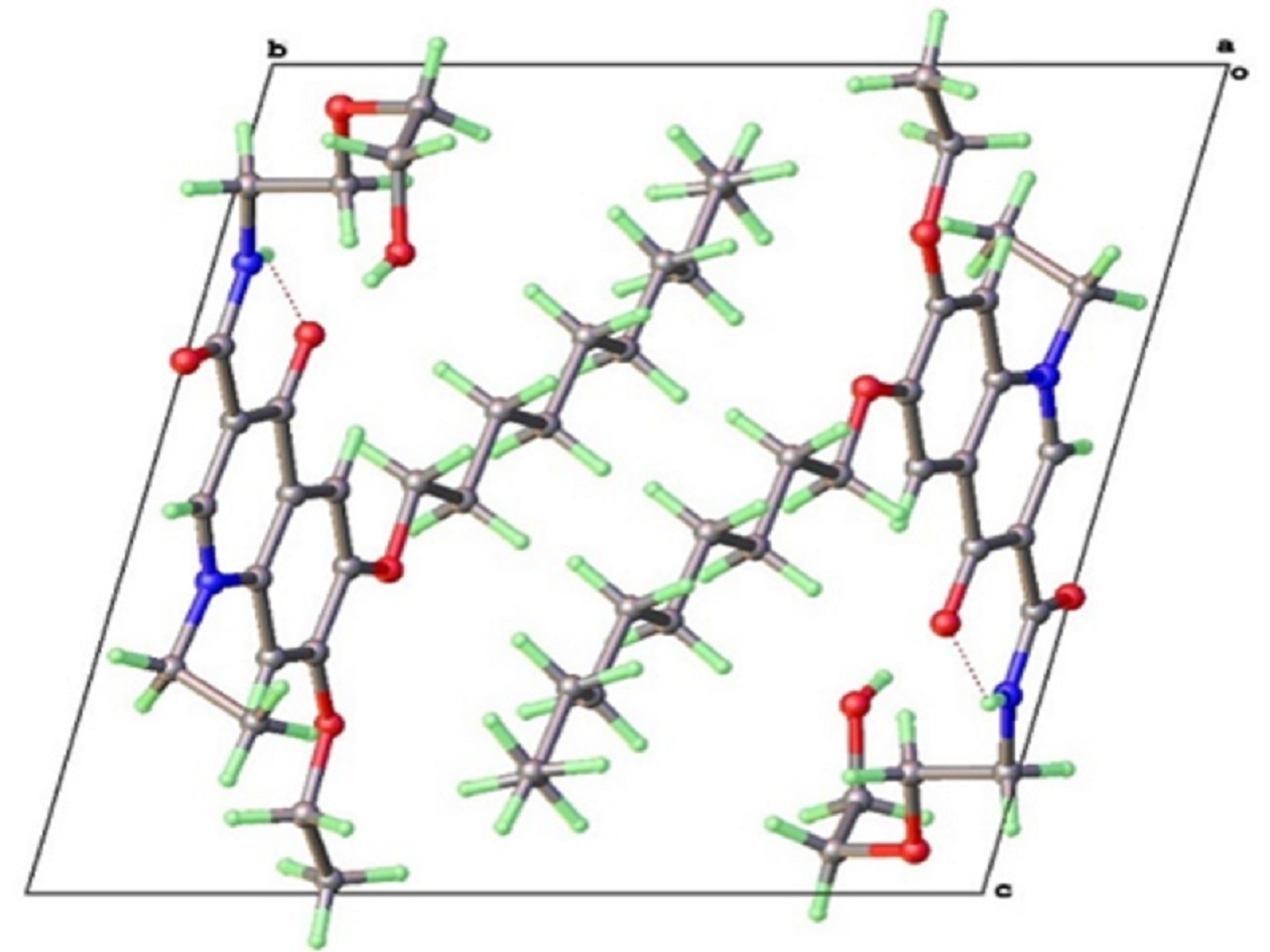